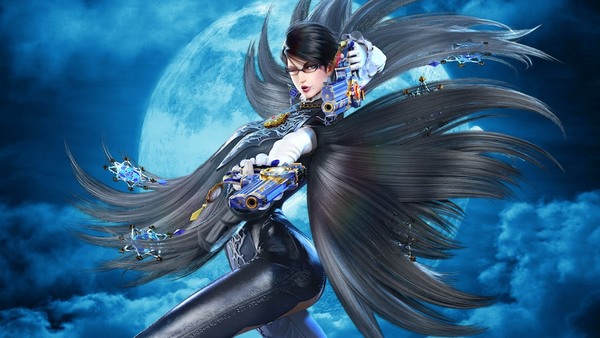 Most of us know the basic story behind the developer of Bayonetta 1 and 2, but today, Platinum's Hideki Kamiya took to Twitter to detail the entire process. He makes it very clear that the original sequel, and the third entry would have never happened without Nintendo's input and funding.

I've got something I want to tell you all. It's about Bayonetta 3. We are a developer that creates games by signing contracts with publishers and receiving funds from them in order to cover development costs. For Bayonetta 1, we signed a contract with Sega and received funds from them, then we proposed a design for the game and entered production. All of the rights belong to Sega.

At the time, our company had only just been established, and we weren't properly equipped for multiplatform development, so after discussing with Sega, we decided to develop the game exclusively for Xbox 360. However, after that, one of Sega's trading partners ended up making a port for PS3, at Sega's behest. More recently, they also decided that a Steam version should be developed, which was released last year. Sega owns the rights to all of these versions.

When we started making Bayonetta 2, we initially received funds from Sega to develop the game for multiple platforms, but the project was halted due to circumstances at Sega. Nintendo then stepped in to continue funding the game, allowing us to finish it. As such, the rights belong to Sega and Nintendo.

The rights owners decided the game should be made for Wii U. Nintendo was also kind enough to fund a port of Bayo 1 for Wii U, and they even allowed us to use the Japanese voice track we created for the Wii U version in the PC version of Bayo 1 as well. I am extremely thankful to Nintendo for funding the game, and to Sega for allowing them to use the Bayonetta IP.

As for Bayonetta 3, it was decided from the start that the game was going to be developed using Nintendo's funding. Without their help, we would not have been able to kick off this project. All of the rights still belong to Sega and Nintendo. The rights owners decided that the game should be made for Switch.

Game development is a business. Each company has its own circumstances and strategies. Sometimes this means games get made, sometimes it means they get cancelled. But I believe that every single person involved is dedicated to delivering the best possible experience. I know that, to me at least, that's one of the biggest goals when I set to work.

I cannot express how happy I am that we get to make Bayonetta 3, and we intend to do everything within our power to make it as good as it can be. That's all we can do, and we consider it our greatest mission. It took a while for production of Bayonetta 3 to be okayed, but now that it has kicked off, I hope it will turn into a wonderful encounter for all of you.

We do not see it all that often, but Sincerity Kamiya is weird.

Everyone needs to read this! I've seen so many angry comments about how it Bayonetta 3 shouldn't be a Switch exclusive. While I always assumed this was the story, more of the angry people need to understand Bayonetta continued because of the Big Nindy!

They won't read it cause then it would debunk the belief that Nintendo is screwing them as gamers, and how Scalebound money was used to fund development. Any reason to hate Nintendo for it is validated and anything that refutes shatters their belief needs to be properly dismissed.

I never understood the anger over Bayonetta 2 (and now 3). Instead of looking at Nintendo and giving them respect for keeping a franchise they love alive when nobody else would they just sent hate to their and Platinum's way: Just weird.

I don't have an Xbox One but if Microsoft funded a sequel to a game/series I love I'd just be happy that the sequel got made and that I could eventually play it instead of never being able to play it at all.

Owner's Bias is a hell of a drug.

This was a much needed interview, there has been lots of confusion as to who actually owns the rights to those games. Now that it's clear, Nintendo co-owns both Bayo 2 and 3 and I'm surprised Nintendo even allowed to use the voice tracks from 1 on Wii U, essentially something they funded, to be used on the PC version. Good on them!

Yeah, I always thought that Nintendo just bought the rights completely, but it seems not. That's pretty interesting and I wonder what would be better for Nintendo in the long run

How many times does this have to be explained? Nintendo saved this franchise from being relegated to obscurity. Bayonetta 2 and 3 belong to Nintendo. If you want to blame anybody for Bayonetta basically being a Nintendo character now, blame Sony and Microsoft because they were offered the chance to publish Bayo 2 and they refused. Nintendo saved it.

It's kind of like a Banjo-Kazooie type of situation.

* Edit From the perspective of the fans I mean.

We do not see it all that often, but Sincerity Kamiya is weird.

It is interesting, since I'm generally used to seeing him be really blunt in an annoyed manner. He's been kinda like this for a long time now, like back when Keiji Inafune left Capcom Kamiya was pretty blunt in saying "Inafune's a businessman, not a creator" as a way to tell people "the creative force behind Mega Man and other Capcom classics wasn't this one man, if anything the dude gets a lot of undeserved credit."

Ok so this is what I don't get. If Sega also owns the rights, then shouldn't 2 & 3 also be possible to port on PC market as well?

It kinda is worse than the Pokemon ownership thing if you ask me.

If two parties co-own a copyright, and one party wants the property distributed in a certain way, and the other party wants it *not* distributed in that way, then it is logically impossible for both parties to get what they want, so by necessity copyright law has to defer to one or the other.

Since Copyright as a principle is about mostly ensuring maximum exclusivity (i.e., that unwanted copies of something do not get made/distributed), the law sides with the party saying 'No' over the one saying 'Yes'.

Basically for something to get released on a new platform, all the rights-holders have to agree to it.