Nintendo says Super Mario Odyssey was always planned for Switch, aimed to make use of the platform's strengths 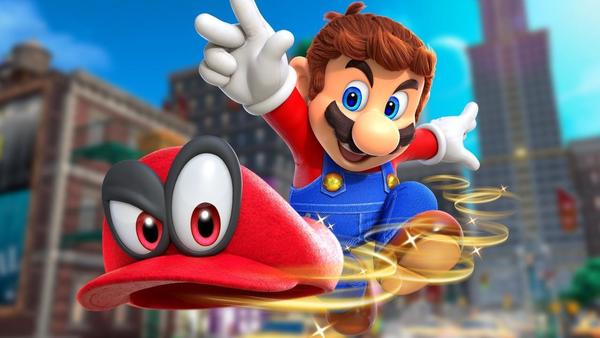 Super Mario Odyssey hit in the Switch's first year, which was absolutely awesome to see. A brand-new Mario experience for Nintendo's latest console before the first year wrapped! How did Nintendo manage to crank this one out? The discussion has lead some to wonder if perhaps the game was originally in the works for Wii U, but then moved over to Switch. In an interview with Game Informer, Nintendo's devs say that's not the case.

“It was always planned for Nintendo Switch. We really were considering a lot of the hardware capabilities specifically for this game, and wanted to make the most use of them.”

“I think the idea of what the Nintendo Switch is became very important around here, because it can both function as a console or portable device. We really thought about what sort of software features would make the best use of those capabilities. Super Mario Odyssey really answers to a lot of that capability in the way we had hoped. We wanted to time it for year-end release to make the most of that as well.”

Of course it would be suited for the Switch! Why is this even a thing to ask?!?!?

That isn't what the article is saying, though. It's talking about the rumors/speculation that SMO was first created for the Wii U but then moved over to the Switch. It isn't talking about whether it's suited for Switch or not. I don't think anyone's really questioning that

It was always planned for Nintendo Switch.

What else could it have been planned for? Wii U?
That comment is kinda meaningless and could be applied to any Mario game - and pretty sure it’s a statement heard with most releases.

“We really were considering a lot of the hardware capabilities specifically for this game, and wanted to make the most use of them.”

Really? Because the game could have had the exact same gameplay on any system. It’s a fantastic game but absolutely doesn’t require the Switch to have been possible. And that’s not a negative.

I think they are just referring to some of the features like the motion controls, HD Rumble, or the general flow of the game (lots of bite sized things to do in portable play, but still very much a massive 3D platformer that can be played on a TV for hours.)

As for the system question, Nintendo isn’t usually shy about the fact that development for certain games started on earlier systems. In this case, Odyssey was never considered as a Wii U product.

I feel the same way. SMO is an amazing game, but it doesn't seem to take particular advantage of the Switch. Not even sure how it would. I guess there's the HD Rumble