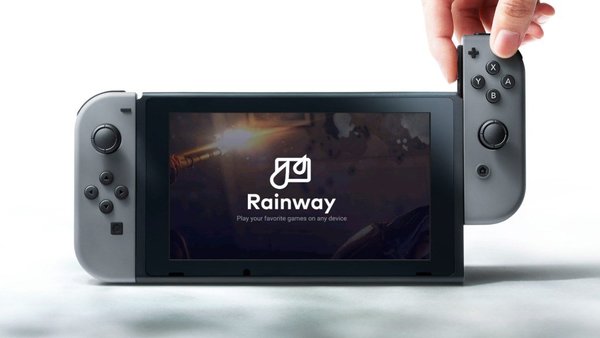 Rainway is an app in the works that allows you to stream your PC games to other platforms, Switch included. A lot of people love the idea, and have been hungry for more information on how the Switch side of things is coming along. Those fans seemed to cause a bit of an uproar on Twitter today following some tweets from the Rainway team.

The Rainway Twitter account started things off today by joking around, saying they were trying to talk about the app without getting asked about the Switch version. This set off a lot of fans, who replied to the original tweet with anger. Switch owners wanted to know what was up with the app's progress on Switch, and didn't find the joke to be funny. This lead to the Rainway team seeming a little frustrated by the situation, making a comment about how they now realize they can't joke around with fans, as they did in their original tweet.

This was followed up with some actual info on the status of Rainway on Switch, to which the team said, "the ball is in Nintendo's court, they have to approve us before we can do anything else." This was followed up with, "Even if Nintendo approved us at launch, it still wouldn't be out today. We made it clear that our main focus was on PC to PC streaming. We'd have to improve our tech before moving on to other consoles."

Things only got worse from here on out, with fans saying Rainway shouldn't have prominently featured the Switch in their promo video if they don't have any idea if/when the app is coming out. Some believe Rainway used Switch in their video just to drum up attention, with the Switch being such a hot commodity in the gaming world in the last year. Rainway fired back by saying the app does indeed run on Switch, leaving some fans confused, since the team also previously said that they'd need to improve tech before moving to consoles.

This all ended with the entire series of tweets being deleted, making it obvious that the Rainway team is trying to move away from the debacle. Were the fans right to be frustrated and fire back on Twitter? Did fans take the original tweet in the wrong way, and everything just became an unintended mess thereafter? What do you guys think?