Zelda: Breath of the Wild Wins Game of the Year at the 18th Annual Game Developers Choice Awards (full list of winners) 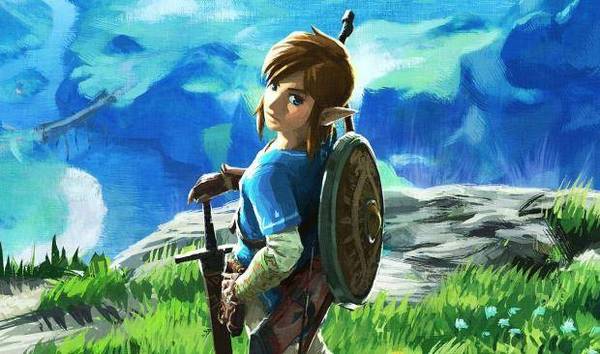 Nintendo’s groundbreaking open-world role-playing game, The Legend of Zelda: Breath of the Wild, was honored with the prize for Game of the Year at tonight’s 18th annual Game Developers Choice Awards (GDCA) ceremony during the 2018 Game Developers Conference (GDC) at the Moscone Center in San Francisco. The game’s expansive sound and deep, open-ended gameplay also earned The Legend of Zelda: Breath of the Wild the awards for Best Audio and Best Design. An archive of the award ceremony, as well as the full presentation of the Independent Games Festival Awards (IGF Awards), can be viewed at http://twitch.tv/gdc

Developer Jason Roberts’ visually inventive and contemplative puzzle game, Gorogoa, earned two awards tonight, for Best Mobile Game and the Innovation Award. The game seamlessly blends a unique visual design with engrossing storytelling elements, bending space and reality in the process. Developer Studio MDHR also earned two awards, Best Debut and Best Visual Art, for its work on the retro shooter Cuphead. The game faithfully reproduces the charming cartoon aesthetics and toe-tapping jazz of the 1930s, and adds the tight gameplay mechanics of a sidescrolling shooter to create an experience that is at once playful and familiar, yet fiendishly challenging and novel.

The full slate of winners at the 2018 GDCAs also includes Best Narrative award winner, What Remains of Edith Finch by Giant Sparrow, a title that artfully portrays the sad and joyful stories of multiple generations of the Finch family; Horizon Zero Dawn by Guerilla Games, which earned the award for Best Technology for its visually stunning portrayal of a far-flung sci-fi world filled with lush environments and deadly robotic monsters; and the sharply stylistic VR shooter, SUPERHOT VR by the SUPERHOT Team, which won the award for Best VR/AR Game. In addition, the Audience Award, chosen among the entire selection of GDCA finalists via a public online voting process, was presented to developer PlatinumGames for NieR:Automata, the charmingly offbeat open-world RPG.

In addition to the best games of the last year, the GDCAs also honor the dedicated individuals who have helped further the art, science and craft of video games with special awards. This year’s Ambassador Award, which recognizes those whose actions have helped video games to “advance to a better place,” went to independent developer and Vlambeer co-founder Rami Ismail. The award recognizes Ismail’s work helping incubators, local events, universities, community efforts, and games industry policy around the world.

“Every year sees countless amazing games worthy of recognition, but this year in particular has seen some of the strongest titles to arrive this generation. The GDCAs give us an opportunity to reflect on and honor the games that provided us with endless joy,” said Katie Stern, General Manager of the Game Developers Conference. “The Legend of Zelda: Breath of the Wild helped us rediscover a childlike sense of adventure and discovery. Titles like Gorogoa and What Remains of Edith Finch offered us distinct creative visions that can only be experienced in games, and games like Cuphead and Horizon Zero Dawn crafted worlds we could lose ourselves in. Congratulations to all of tonight’s nominees and winners and thank you for your creativity and dedication.”

Best Audio
The Legend of Zelda: Breath of the Wild (Nintendo)

Best Design
The Legend of Zelda: Breath of the Wild (Nintendo)

Game of the Year
The Legend of Zelda: Breath of the Wild (Nintendo)

Maybe because the game does something different and lets you feel like you're actually in the world.

It does this usually by letting a soft and calm OST play and putting "real" sounds from nature in as well.

I would love to play this game on a giant TV with an amazing surround sound system to feel fully immersed in this beautiful world that Nintendo created.

Is there still somebody willing to call this over rated?

For someone who already thought it was over rated, wouldn't this just make the game even MORE over rated?

This is exactly what I thought too. Getting better and higher ratings/awards would make something even more overrated if it was already perceived as such.

I'm kind of in the middle on this. I love the game and spent 240 hours on it, but I don't think it's worth every single award out there. And seeing almost everyone say how every reward is deserved without scrutiny kind of rubs me the wrong way. It comes off as blind fanboyism and/or the bandwagon effect.

Heck, a1eejandro's question is a good example of this, where he asks a logically unsound question because he thinks that these awards are deserved, that it's an absolute truth and everyone should believe it now

Yeah I agree with your comment. Although it was a very impressive game, I feel a lot of folks could have looked a little deeper into it before labelling it as the most perfect game ever. But 'bad' ratings may be a common problem these days. I'd seriously chose to eliminate star ratings on Netflix and iTunes - if I could, I feel they are just toying with us the way they are now.

I mean, when we are all going to be like, hey it's f-Zelda, everyone knows, it is as perfect as a game can be.. It might just be better to spend a little bit more time to look into it, with maybe a more honest approach to see what it is we personally like about it, and where the game just didn't really made it happen. It is kinda important I think, because reviews that are done on the fly or just not done accurately they might just be spreading inaccuracy.. like, forever! We or our children might even start to believe our fantasies in time.. We might even lose the ability to think for ourselves if we are getting used to hook on to the 'loud noises' without considerations. Oh man.. Now I feel kinda bad, I like to see a super duper review score for my favourite game as well : ) So yeah... For me that is not BotW though.. although I found it still to be a very impressive game for the most part.

It is good though to see that there are people out there that truly take their time to let things sink in before they head out to put their rating on the net. You don't have to agree everywhere of course, but it is always better when things are well substantiated. For example I really enjoyed watching this guys video: https://www.youtube.com/watch?v=6zuX8miVwig It gave me more hope for the future of Zelda than any BotW award or perfect review score could have given me.

Still GotY does not mean it is perfect of course, so that is a win ^_^

Yeah, definitely. I do think BotW deserved a reward here or there, even GOTY, but it's sweeping all rewards left and right and people say it's all deserved, and that just doesn't sit right with me.

I notice that lately people consider scrutiny to be a bad thing. When people tell me something and I scrutinize it, it's considered offensive, as if you're not allowed to think for yourself anymore and need to parrot everything you hear.

I, hm, sadly don't have the time to spend one and a half hour watching a video on something I am fairly convinced of myself. But it's always does me good to see people going in-depth on any subject instead of just blindly displaying their superficial opinion, because of what I said in the previous paragraph

I'm reporting in for duty.

My thoughts when I saw this article's title: https://vine.co/v/5wU2iwpmpuw/

The game deserves all the awards and plaudits going.

Wait...botw wins an award for best audio? Granted I haven't played the game yet but from the one hour of footage that I saw, there was barely any music in it...

Maybe because the game does something different and lets you feel like you're actually in the world.

It does this usually by letting a soft and calm OST play and putting "real" sounds from nature in as well.

I would love to play this game on a giant TV with an amazing surround sound system to feel fully immersed in this beautiful world that Nintendo created.

That's one award I don't mind it winning. Its audio is incredibly soft and comforting. It's basically ambient music. You can hear the birds chirping as you stomp across Hyrule's vast landscape all the while a light piano plays in the background.

It really does have great audio, it's just really different from the usual bombastic Zelda style and isn't used all the time. Music is there more than you think though.

It deserves every single one of these awards.