GameStop CEO says 2018 looks "very, very strong" for Switch due to its slate of titles, including some unannounced ones 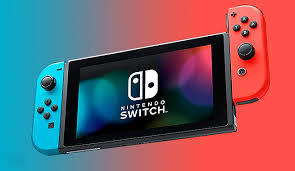 Switch had an amazing first year, but can it stay on-top in 2018? GameStop Chief Executive Officer, Mike K. Mauler was asked this question, and he seems pretty confident the platform will continue chugging right along.

We know what happened with the Wii U. I'd say this is definitely a whole different platform that we saw in the past. We have visibility to the software... So, last year was a tremendous year for their software as well as hardware, between Zelda and Mario Odyssey and all the games that they had, it really drove a lot of hardware sales as well as software. I think, this year, when we look at the slate of titles -- many of which haven't been announced yet -- this year looks also very, very strong. So, I think, at least for 2018, we'll continue to see the strong software slate drive additional install based on the hardware and increase attach rate. We don't have, really, visibility for '19 yet, but for '18, it should play out that way.

Obviously GameStop is privy to some info that the rest of us aren't. I wonder what games they know of as on the way. I imagine quite a laundry list of hits will be revealed at this year's E3.