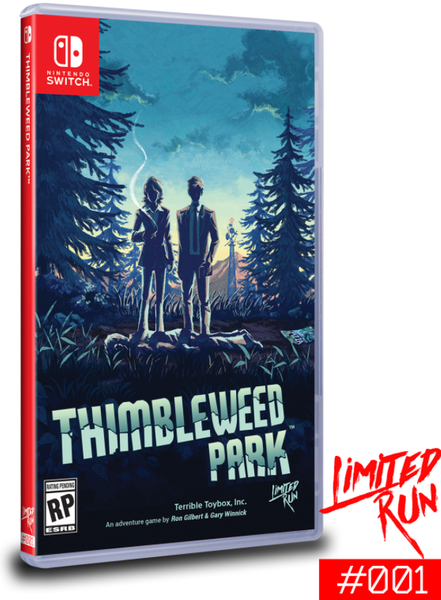 Over 13,000 copies sold of Thimbleweed Park on Switch!

Thank you so much for your support!

Bring this same enthusiasm to Saturday Morning RPG and you all will smash the budget I need for the sequel. Bringing that sequel into reality would be amazing! pic.twitter.com/oPB5Ga2rnF

We know Thimbleweed Park sold well on the Switch eShop, and now we see it moved a good amount of physical units as well! To think that such a limited printing of a game, for a genre that's definitely niche by today's standards, is absolutely awesome. I might have to snatch one of those copies up for myself!

Really pleased to see this doing so well even after being out for a year on most platforms. One of my favourite titles on Switch and I can't wait to see what they do next!

Animal Crossing: New Horizons will allow you to move users and save data to another Switch "later this year"
Feb 21, 19:00 by ridleysaria
Top 10 highest-grossing games digitally for Jan. 2020
Feb 21, 18:37 by hgmule
Mortal Kombat co-creator says having the series represented in Smash Bros. Ultimate would be 'a really cool thing to see'
Feb 21, 18:29 by laiceaterna Feb 21, 18:26 by xcanadianrambox
Story of Seasons: Friends of Mineral Town hits 200k sold in Japan
Feb 21, 18:02 by zonned87
Final design of the Mega Man Zero/ZX Legacy Collection Limited Edition bust shown
Feb 21, 17:56 by yazuka