Kirby Star Allies sees strongest debut month of sales in the U.S. in the franchises’ history 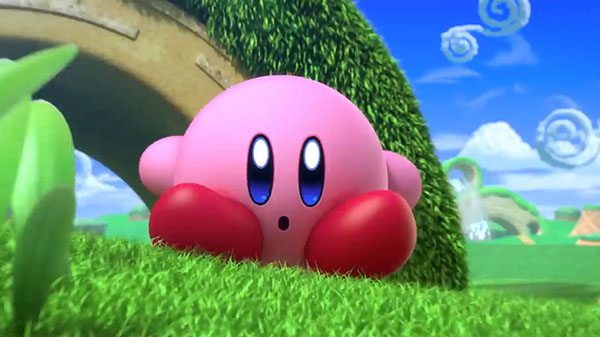 Looks like Switch owners in the states were more than happy to give Kirby a home. NPD has shared some data about Kirby Star Allies, and its clear the game was given a very warm welcome.

- strongest debut month of sales in the U.S. in the franchises’ history
- 90 percent better debut month than 2002’s Kirby Nightmare in Dreamland, which was the previous record-holder

Rock on. I bought it day one. It’s way too short, even by Kirby game standards, but the multiplayer is awesome fun. And like every new Kirby game, the core mechanic is unique and innovative. I liked the game.

I thought this game ended up getting a lot of flak from fans around didn't it?

This simply is the proof that people with their toxic opinions (and never played even the demo) are in the minority (like the case with Final Fantasy XV) and the consumers didn‘t care for lukewarm reviews. The game already hast set new highs for the Franchise in the UK and Japan, and now the US is among them. Also, the game is pretty hard to get retail so I thought Nintendo underestimated the power of the pink ball.

I neither have problems with the games difficulty nor it‘s content since you can unlock stuff and re-visit Levels for collectibles. What I wish is something like an upcoming free DLC which will add a whole new world. They already mentioned they have more DLC plans for the game.

I don't blame ya. Every single time, people bash at Kirby games for how easy they are failing to understand the idea of Kirby.

Seems a bit unfair to brush aside all criticism as "toxic opinions". I am a huge Kirby fan and I would say a lot of the negative reviews I've seen are entirely fair. Difficulty has never really been a thing for Kirby games, true, and I also definitely don't like his games for the challenge, heh... But the game simply plays itself. Once you get partners, they will do everything for you. And it's not like you can opt to play without them, because they are required for a lot of obstacles. Having 4 characters on screen, with the 3 AI characters sticking to you like glue, can make it very difficult to even track Kirby himself.

And yes, it's short. Very short. Shorter than most Kirby games. The length combined with the fact the game plays itself most of the time definitely doesn't justify the 60-dollar price point. A free DLC world would be nice, but has something so specific even been announced?

The price of a videogame never defined the length of a game (just look at a lot of Sony games). For the first time ever, I played through Super Star Saga on the SNES Mini, took me 4 hours to go through all modes. Triple Deluxe took me 8 hours to complete. I‘m currenty playing Star Allies and it will most likely took me also 8 hours to complete. Of course I‘m the last person who complains about a cheap price at launch (I paid 45 Euros thanks to Amazon France), but at least the game offers a lot of replay value due to the multiplayer and mini games. I agree with you, the allies made the game to easy (it wouldn‘t be if you play the levels alone or just two characters) and they should have add an option to play solo through the levels.

Oh, I know. But it is about getting your money's worth, and while length isn't the sole factor, it still *is* a factor in how much a game is worth. If you were to be mathematical about it (a bit too mathematical), you could say that a game's worth is an integral from 0 to game length of a function 'worth over time', which would be a plot of how much you're enjoying the game over the time into the game.

And with how much the game plays itself, there is very little enjoyment over time. This would be okay if the game were long, since I'd then still get a lot of enjoyment out of it. But not when it's short. At least I won't get 60 euros' worth of enjoyment.

Multiplayer in a Kirby game was never for me and offers zero replay value. In a Mario game (like Super Mario 3D World), everyone can kinda jump around in their own way and have fun that way, but in a Kirby game, you'll be stuck waiting for each other constantly or watch how the others clear the obstacles

I would have bought this day one if it didn't cost so much.

Good, now give me the other half of my game, please. DLC wave two will hopefully be worth the wait.

That is awesome to hear! I'm waiting for it to drop down in price.