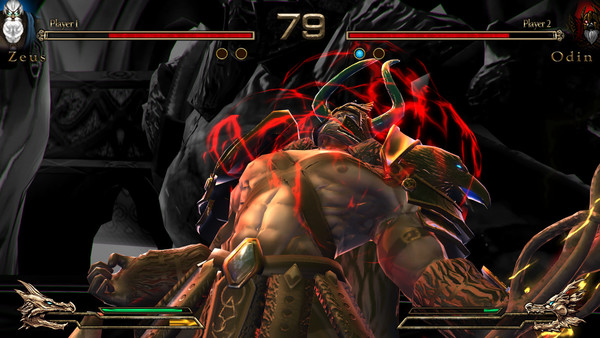 A lot of people thought that the announcement of Fight of Gods coming to Switch was an April Fools' joke, but that's not the case. The game is indeed on the way, and Cosen was has shared some new details about the Switch version.

- will cost 1,500 yen
- due out sometime in 2018
- Cosen will be publishing Fight of Gods in Japan
- the original developer Digital Crafter is also on board for the Switch version
- DLC characters already distributed for PC are included
- character abilities will be adjusted
- no word yet on whether online play will be included.
- Cosen specifically said that they’re only handling the Japanese release.
- no publishers have been announced for North America or Europe

When was the last time Jesus was on a Nintendo console? The NES?

Looked up the roster... I love that they added Amaterasu and find it funny they added Santa Claus; pretty sure no one has ever considered him god...

Can't help but feel like the roster is a little lacking though... would love to see:
Ra
Thor
Gaia
Quetzalcoatl
Kali
Ganesha
...
...
...and Flying Spaghetti Man...

And maybe the Krampus. They added Santa... why not his misbehaving child punishing demonic buddy?

I agree with all these suggestions but I find it a bit disappointing that they did not add Muhammad at some point. I mean they sort of avoided issues by adding prophets instead of actual gods for the three main religions with Moses for Judaism and Jesus for Christians. I know technically Jesus is part of the trinity for Christians and not an actual prophet, but he is seen as a prophet by jews and anyway even for Christians, he's still sent by God instead of being God himself. Anyway I think that was a clever way around the problem and it would be even better if they added Muhammad so that the many believers that think we can all live in good intelligence can have a good laugh fighting it out in a silly game.

Also it would help pointing out one glaring issue that a lot of those people who are actually way too serious about religious conflicts have and often fail to recognize. That God in these three religions is basically the same freaking guy.

They actually had a vote and Flying Spaghetti Monster was on top. Unfortunately, they were denied permission by the 'creator' to include it in-game.

And I don't doubt they could add more to the roster later, or even make a sequel.