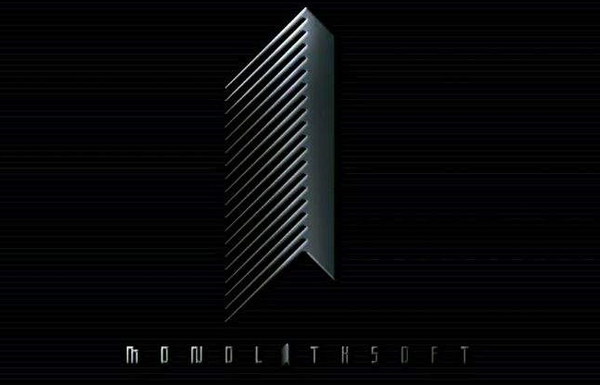 Looks like Monolith Soft's Kou Kojima isn't the only one with some grand game plans for the future. Tetsuya Takahashi also shared some thoughts on a game he'd like to make, and it certainly seems like he wants to push some boundaries. He likened his idea to something you might see on an "American cable drama," saying the game would be, "violent and erotic and heavy." Takahashi quickly followed up by saying he didn't think he could get the greenlight to make it, although Kojima chimed in and said he thinks it would be possible. I guess we'll find out who was right in a few years!

Well it's a rating board to inform the public. It's a good thing that it exists. Ratings are not the reason why this might not be approved.

It is annoying that organizations like the ESRB, MPAA, and prudish retailers/theaters get to effectively censor our entertainment by slapping a certain rating on games and movies that retailers and theaters will refuse to sell.

Like it or not, the future is digital and streaming though... and one great thing about that is that it will let consumers directly choose what entertainment we want to digest without being nannied. And I think most of us really like sex and nudity.

I'd love to see a game series with Game of Thrones levels of sexual and violent themes if it were well written and not just for the sake of shock value.

Well it's a rating board to inform the public. It's a good thing that it exists. Ratings are not the reason why this might not be approved.

Exactly. It really depends if Nintendo will allow them to do such a thing considering that they don't often do these dark contents.

This. The ratings board exists to keep consumer groups and lawmakers off the backs of game publishers and developers.

But it's implimented poorly. I think instead of an age rating there should be parental warnings on the box. Then parents get to decide for themselves if the game is right for their kid. I think it's outrageous that Kirby Star Allies is rated E10. Why? My 5 year old couson loves it.

E10 is probably because it contains some cartoon violence (more than an E rating game can have).

You can make your own informed decisions by looking at the age rating as a guide.

Tropical Freeze is rated E and I don't see how that game is less violent than Star Allies.

My point is why put an age on it at all? That seems to be extremely subjective. Maybe call it E+ or something to say it's a little more intense than E?

I dunno. I still like my idea of putting warnings based on the content rather than have someone else decide whether this is appropriate for your child.

The ESRB has specific guidelines which kind of elements affect a rating. Those guidelines are arguably subjective but they are well considered and universally used to rate all games equally. In your example there must have been some aspects or elements that lifted Kirby that were not in Tropical Freeze.

I don't know what they are but if I had to guess an example could be the appearance of actual weapons (swords, hammers) being used in the cartoon violence.

The age rating is a pretty logical choice to inform parents at what ages their children are considered to be ready for which games. The ages and criteria are established by a team of experts in amongst other things the psychological development of children. An expert opinion can technically be considered subjective but that doesn't mean it doesn't hold value.

I dunno. I still like my idea of putting warnings based on the content rather than have someone else decide whether this is appropriate for your child.


They are doing both, don't you know that? Like I said, it's not just "someone else" they are experts in child development. It's often hard for parents to know what's best for their child, the information they get from expert sources like this is a big help to determine the average situation. Based on that and their own evaluation of their child they can make a decision whether or not to allow them to see or play with certain content.

The age rating is mainly a general guideline. Advice. What parents do with it is their decision.

Even if it is advice you should be extremely skeptical.

Can you honestly say that "Star Allies might be unsuitable for children under 10" is good sounding advice? If someone told me that I'd raise my eyebrow, and question if their opinions are actually sound.

And then there's the fact that standards are constantly changing. A movie once rated R might now be rated PG-13 or visa versa.

It just makes me wonder if there is a better way.

No man, you shouldn't be 'extremely skeptical". You should understand and realise it's a guideline with a limited range of mostly general age ratings. As in, general guidelines you could consider but aren't a definite answer to whether something's appropriate.

I think some parents would agree that it may be better to wait until kids are a bit older with this Kirby title. Maybe not 10+ , but that's the lowest rank above E (which is supposed to also be suitable for young kids). The system needs to have a balance to not be too convoluted but still offer valuable information to parents. If there was a 7+ rating maybe Star Allies would fall into that category.

You should also remember that one element or one scene could cause the need to bump the rating up a category. It doesn't mean the whole game is unsuitable for children under 10, it means there are elements in the game that are not suitable for all children. Especially with the E10+ rating that might be a better description than what the rating suggests: E10+ is more like "slightly above E" than strictly 10+. I think keeping the E in the rating is a signal for that.

Yeah, and just like an MPAA rating is based on the current guidelines an ESRB rating is as well, those are also changing with the times. ;-)

I think the current system is one of the best and most balanced possible options. In Europe they have 3, 7, 12, 16 and 18. That might be a somewhat better ranging of the classifications.. Although for America I could see them just lowering E10 to E8 or E9 and keep Teen and Mature at age 13 and 17. But one has to wonder if such a small change is really necessary.

Let them do it! They are probably one of Nintendo's best. They need to be free to do their wishes

People should be able to create what they want and let the audience/consumer decided whether they want it or not. I hate censorship.

They can, as long as they can fund it themselves or they can get funding from someone that is willing to give them a budget to realize their pitch.

It's not censorship if your boss doesn't let you to make a project.

If Nintendo doesn't approve this it's just to protect their brand. Not to deliberately censor a creative idea. Sometimes there's simply no place for a specific idea within a certain environment.

I could see him leave Monolith Soft some day in the future to realise the artistic ambitions he can't pursue within a company that has a broad positive image to keep.

As an independent studio you've got more freedom.

I read that as Disaster Day of Dino Crisis 2: Sexy Nights.

No Sexy Nights about Dinos!

I mean, you can, you'll just be judged harshly by people for your choices is all.

While working for Nintendo? He's right to think he wouldn't be allowed to do it.

Right, he should just assume in a world where Nintendo funded, published, and advertised Bayo2, Bayo3, two ports of Bayo, and a port of Bayo2, that they would never allow him to make a game with adult themes.

It isn’t 1999 anymore. Time to leave the silly fanwars behind and join Nintendo in the present.

Also Fatal Frame 5, where the theme was "girls with wet clothes meet wet ghosts"
(Love the series and the game btw)

Well it seems everyone at Monolith wants to do the exact opposite of XB2, whether it's XX2 or whatever Takahashi can come up with. I can only agree with that. I mean granted, Kojima wants to do XB3 but I dare hope the learned their lesson and it will be a lot more like 1 and a lot less like 2.