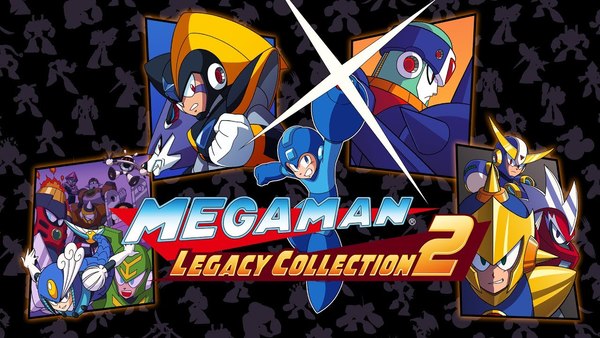 Hi @Capcom_Unity , my copy of Mega Man Legacy Collection for Nintendo Switch is missing a download code for MMLC2. Can you help? pic.twitter.com/Jcd4qevPp8

Thanks to JJtheTexan for the heads up!
Submitted by: jjthetexan
Source: Link
Rating: -14

They better hurry up! They only have 781 years to fix the problem!!!

I'm still dumbfounded a game like this isn't included entirely on the card. No excuse.

Two separate SKUS. The switch can only load one icon per a cart so thus two carts would be needed. I'd rather they released these separately in their own cases or made an LE with both games in their own box for the sake of making it more normal, but thus the digital verisons reign supreme as buying both on the eShop is $5 less than this half and half method.

Surely they could have had it launch into a menu then you choose which collection you want to play? I can't see how that would have been too much for them to do...

They could've made separate eShop listings, though. One for LC1+2 as a single title (which would be included on the physical card), and then one for LC1 and LC2 each separately.

Take the recently released Naruto game trilogy for example. You can either buy the entirely trilogy as one download (which is 17.6GB), or each of the three games individually (Which range from 5.2GB to 6.6GB each). As far as I'm aware, buying the trilogy results in only one menu icon, and opening it brings up a menu of which game to play. Not 100% sure, since I haven't bought it (nor intend to).

Even it cost more, it would've been nice if Capcom gave us the option to get LC2 physically.

Not entirely impossible, although I do think the factors of multiple developers porting the two collections (Digital Eclipse for LC1 and Capcom Japan for LC2) and the fact no other system's MMLC bundle does a one SKU system make it a case where they just stuck to doing the same thing as every other console for the most part. (Except not putting them separately) The original rating did give me hope it would be one neat all in one thing but things didn't turn out that way. Still, I actually decided to buy the games through the eShop as software is software and I'm not gonna let a freaky half and half system ruin it for me, especially when Ninty fans seemed so desperate for LC2 only for them to seemingly not want to even get it through the eShop after all this.

LMAO...WTH is going on over at Capcom?

They better hurry up! They only have 781 years to fix the problem!!!

Liked it because typical lazy Crapcom.

Even though Nintendo literally had this same problem 3 months ago

I never said it's only them but it's verry likely to happen the most from them. They try everything they can to anger their fans, especially the Nintendo ones.

This could be avoided if they were never to lazy to do what kendricklamario above said.

Really? What game that Nintendo made had this issue?

It was Bayonetta. Some copies of Bayonetta 2 didn't come with the digital code for Bayonetta. Nintendo should have put both games on a cartridge but they were more interested in making as much profit as possible to consider what consumers wanted.

Does it really matter that much to you?

Yes. It is for this reason that if I eventually decide to pick it up, I will not be getting it on Switch. Luckily, I have other options since I also own a PS4, but not everyone does.

Would been easier just to put them both on one cart.

Don't ever change, Capcom. Youre perfect just the way you are.

I already wasn't a big fan of how the physical release was being handled so I just opted to get the collections digitally (one plus is it was cheaper to do it that way, since on the eShop Legacy Collection 1 is $15). Sucks people are having this problem though, if it happens again with the X Collection then someone on the printing team is in serious trouble.

I don't get it, couldn't they instead release 2 as dlc instead of a download code?

I think you might want to think that through...

This isn't any kind of surprising revelaiton, just Capcpom doing what they do best.

I love having to track my physical copies down and take a sack of them with me whenever I want to play games on the go. Physical is so convenient.

I'm glad that you have the option to buy everything digital. Why do feel the need to mock people who prefer physical? In terms of portable convenience, yes, digital is probably more convenient (though any case that you would take your Switch in probably has plenty of room for many more carts than you would actually play in one outing), but physical has it's own advantages as well, so when people are denied the option to purchase physical things, they voice their displeasure.

While I'm glad Capcom is finally making a new Mega Man game, their other business decisions are still garbage.

Thanks RMC for the signal boost. I emailed Capcom customer support and got an auto-reply that they're closed for the American holiday weekend. Hopefully they get it straightened out for me later this week.