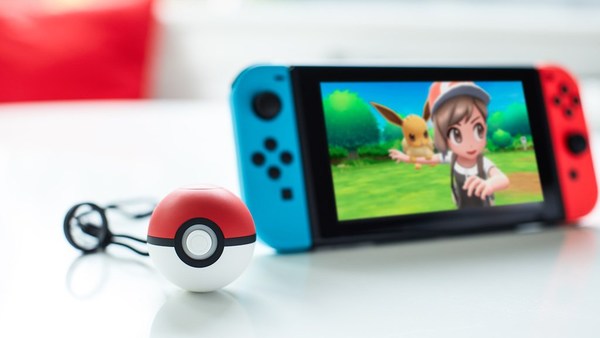 After the wave of news on Pokemon Let's Go Pikachu/Eevee last night, some dust has settled and we can sift through the finer details. Here are some tidbits you might not have heard yet.

- the Combat Power system from Pokemon GO is being used in battles
- battling and trading will be available online, but competitive ranked battles aren’t included
- no plans to utilize the Switch Online paid service
- officially-released screens were at 1080p resolution
- Pokemon Let’s GO Pikachu/Eevee's codename was “Project Beluga”
- the Poke Ball Plus' codename was “Project Palma”
- players won’t be able to evolve the Starter Pokemon

I guess this means VGC 2019 will still be using Ultra Sun and Moon for the battling scene (and personally thats how I judge whats considered a core game).

If by some chance this game is the VGC 2019 game, it would be interesting what they are going to do with it considering it might use Pokemon GO's IV system (which I think its worse than the games considering you cant really bypass them like you can in Sun and Moon), and just the originals pokemon + alolan forms.

I feel like this game is pretty definitively in spin off territory and likely won't take over tournaments.

Hopefully! But you never know with GameFreak =/

I would think this would give SOME relief to people who were thinking maybe there wasn't much in the way of battling in the game, if wild pokemon battles are a thing of the past in the Let's Go games. Personally, I'm quite intrigued to learn more on exactly what you are going to do in the games...how make up your pokemon teams...how take on other players online, etc. I think its ALSO interesting that it says they AREN'T going to be using the NSO system...which should theoretically mean that even people who don't invest in the system should be able to play/trade online? I'm kind of both surprised at that decision...and not surprised...at the same time.

What's the point of an Eevee you can't evolve? Pikachu it is for me. Even a Pikachu stuck as just that is disappointing.

The only reason Eevee exists is to evolve into one of many Pokemon, haha.

Even if they allowed it to evolve, you are still stuck with 3 eeveelutions rather than the 8 that are available. The Gen 2 Eeveelutions and Sylveon are probably the most popular eeveelutions and yet they aren't in the game =S