Nintendo releasing another wave of GameCube controller adapters/controllers for Smash Bros. Ultimate, due out alongside the game 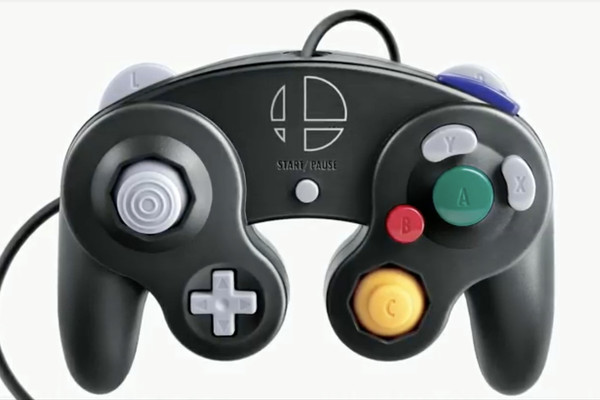 Good news for those who didn't pick up a GameCube controller adapter for Wii U. Nintendo has confirmed that they'll be releasing a round of new adapters for Switch. These will let you use your GameCube controllers on Switch, and will cost $20. If you do happen to have the Wii U adapter, you'll be good-to-go with that one on Switch.

Furthermore, Nintendo is going to release another round of Smash-branded GameCube controllers as well, but pricing on those controllers was not discussed.

Don't feel like buying an adapter or a GameCube controller? No worries, as Smash Bros. Ultimate will support the Joy-Con, as well as the Switch Pro Controller. You can even play with a single Joy-Con!

I hope that's not the final design for the logo on the controller, the ones for Wii U were much better... Also, I hope they release a purple one this time around, or an orange one!

My Wavebirds are still somehow in excellent shape, and I just found my old wired controllers I thought I had lost too!

Now too bad I don't ever see the people I used to play with due to jobs, kids, and other life nonsense.

If this works, then it should be possible to get GameCube games.

Whether the Switch gets Gamecube games was never about technical possibilities, since it was always pretty much possible. It is more about whether Nintendo thinks it's be worth the investment, and for now, they seem to think it's not

Well then if this works, then Nintendo should consider porting GameCube games!

But really though, I think they should consider because the GameCube has a solid library of games!

The silver one I got near the end of the gamecube's generation to replace my worn out launch one is still holding up pretty well all things considered, but it might be time to grab a fresh one just because. I do prefer the Wii U versions decal though. A part of me is still hoping for a modernized version though. Complete with HD rumble and gyro and whatnot.

Bit of a Frankenstein’s Monster setup worthy of Apple.

Why would you play the game undocked but with another controller?

Why play with a GameCube controller when docked?

A lot of people love the gamecube controller. Same as people prefer the pro controller over the joycons.

Yeah so if they love the GameCube controller so much they’re going to want to use it in all play modes...hence my original comment.

Sure man.. Why anyone would use the tabletop mode with an external controller is beyond me but whatever