Mario + Rabbids Kingdom Battle's Donkey Kong Adventure DLC offers quite a bit of content, Ubisoft plays coy about the future of the series 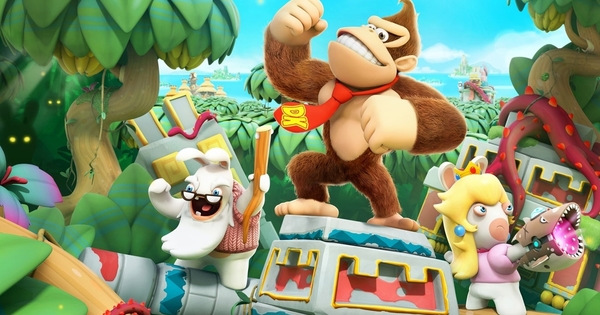 Mario + Rabbids Kingdom Battle turned out to be quite the success for both Ubisoft and Nintendo, which is why it only makes sense that some DLC is on the way. Kingdom Battle's head honcho Davide Soliani wants you to know that the upcoming Donkey Kong Adventure DLC is going to be quite the beefy experience, and isn't some throwaway content.

We wanted to change the feeling of the game as well. No battle is equal to another. Our programmers, when I told them, started to panic because it meant we'd have to rework from scratch the combat system. But it was worth it. People who've tried it say it feels different. Now I'm anxious about the player reaction. I always am.

After this DLC launches, is Soliani calling it a wrap on Mario + Rabbids? Could there be more content on the way, or something more than that? Soliani teased that the end might not be in sight.

We still have loads of ideas. We used one tenth of the ideas. But now the DLC is done... what I can say is we are working out, for the future... [pauses] who knows! ...I have no idea [laughs]. We'll see! I don't believe me either! We need time to work on something which makes sense. We are taking that time to see how it goes. You need time to think what you can do to bring something new for players.

I second that. Seems like they put a lot of effort. Even changing the gameplay a bit, not just adding new stuff, really shows a passion for it. Well done.

I assume the major DLC is done since they released a Gold Edition, and it would be strange to release a, well, Double Gold Edition, hah. But I really really hope we get a sequel someday.

They could always make a Platinum edition. Or a diamond edition or sth.

Or a Cranky Edition, since buying the game three times will make you Cranky. XD

But yeah, I do think there won't be more major updates for the game. But I do feel a sequel is coming eventually.

"Or a Cranky Edition, since buying the game three times will make you Cranky. XD"

But yeah. I see a sequel coming before a deluxe version. IF there ever will be a sequel.

This game was the 2nd best Switch game of 2017 for me (behind BOTW). I'm so excited for this DLC. Problem is I'm running low on memory space and I fear this DLC may be like 3 gigs or something..