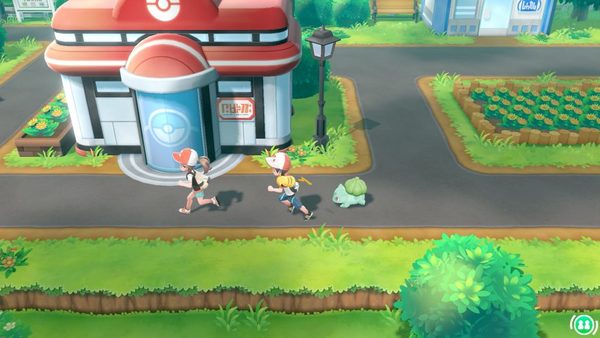 Pokemon Company CEO and President Tsunekazu Ishihara wants you to know that they're taking Pokemon: Let's Go Pikachu/Eevee seriously. They recognize that the games are slightly different from what the company has done in the past, but there are reasons for approaching things this way. In an interview with Famitsu, Ishihara explained why the game is in good hands, and also how they decided to use Pokemon Yellow as the base for creating this experience.

Among those who have tried the game, some may feel that it has changed. However, we have been continuously changing the formula of the games since our inception, and in the end the players have accepted those changes. In that sense, this time we are doing the same, but that is part of the long tradition of Game Freak and the Pokémon series. We will not go wrong with the basics, so please, trust us.

In Pokemon GO, you can take with you an associated Pokémon and walk with it, but if we return to its origin, we get to Yellow Pokémon. In Pokémon: Let’s Go, Pikachu! and Pokémon: Let’s Go, Eevee! We wanted to expand this feature even more. Pikachu always follows Ash in the anime, while Eevee has become very popular because it can evolve in many different ways. And as I mentioned before, we want this to be the game that people go to play after Pokémon GO, since Pokémon Pokémon Red, Blue, Green and Yellow appear in Pokémon GO, so it seemed like a good decision. Based on these things, we decided that Yellow Pokémon would be the perfect choice.

Have a feeling this will probably be the first remake that I might not bother picking up due the mechanics of Pokémon Go being shoved in.

If I am paying for it, I have NO reason to trust you. Give it away for free and I will try it.

But I am not throwing down $60 for a game that has less content then a $40 game that came out last year in the same series.

"Eevee has become very popular because it can evolve in many different ways." Yeah, but I thought you said the starter Pokemon can't evolve in this game... Anyway, the unability to fight wild Pokemon is the only thing I don't like about what I've seen so far, but it is bad enough to make me not wanting the game.