Nintendo planning amiibo for veteran fighters in Smash Bros. Ultimate, such as Pichu and Ice Climbers 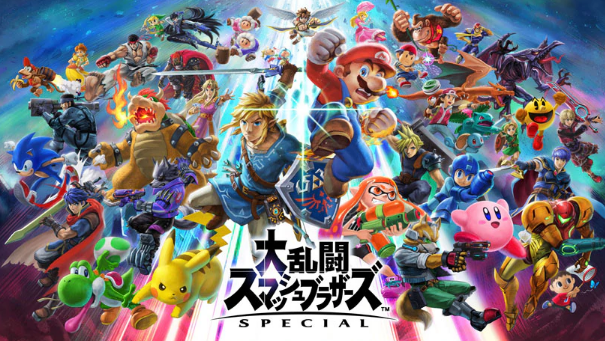 Nintendo has confirmed that they'll be producing amiibo for veteran Smash Bros. fighters who are returning for Smash Bros. Ultimate. Nintendo specifically named Ice Climbers and Pichu in the announcement, but it does seem like others will be getting the amiibo treatment as well. No details were shared on when to expect these amiibo.

Give me that Snake.

I can finally get the Wolf amiibo I always wanted. <3

I thought we were getting a full set o new amiibos for this Smash...

They will most likely just repackage existing ones, while making new ones for the characters whose appearance have changed like most of the Zelda cast.

Does that mean Konami is about to make bank on a Solid Snake amiibo?

Watch him be GameStop exclusive and impossible to find.

They will hide the Amiibos in cardboard boxes

Well I'll be pre-ordering Pichu, Ice Clmbers, and ESPECIALLY Wolf as soon as they're available. Still waiting on that Ridley amiibo to go up for pre-order...

I was so afraid it was going to say "new Amiibo for all fighters". I can't go through that again....

You think Sakurai would have just said that in the Direct. I just wander if where getting all 3 of the Pokemon alone or on one base with the Pokemon Trainer?

Yes Snake! Also Ivysaur... wait... what are they going to do with Pokemon Trainer? I still want a figure of Red... I wonder what's going to happen...

Or you think they would swap out like Game & WatchYouDie?

I wish they could do Wireframe Mac

They could, but they probably won't.

Give me that Snake.

I hope they do multiple of Snake— one being his cardboard box lifted up ever so slightly. 😂

This! Heck I'll even take one with just the cardboard box. LOL