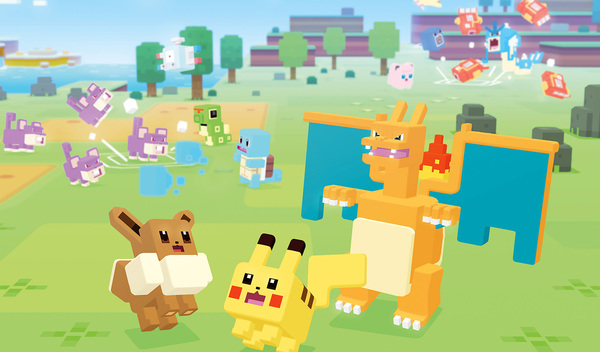 - Pokémon Quest has made roughly $3 million in global player spending during its first 7 days on the App Store/Google Play
- game has been downloaded 3.5 million times on mobile
- just more than half of the revenue generated by Pokémon Quest thus far on mobile has come from iOS at 56 percent
- the largest portion of its first week revenue has come from players in Japan, which have accounted for about 31 percent
- United States players account for approximately 25 percent
- South Korean players account for about 12 percent
- Pokémon Quest is currently ranked No. 52 for iPhone revenue in Japan and No. 76 in the U.S.
- the game is the No. 1 free app on Japan’s App Store, while it’s ranked No. 18 in the U.S. and No. 2 in South Korea