Taiko no Tatsujin: Drum 'N' Fun gets rated for Switch release by Aussie classification board 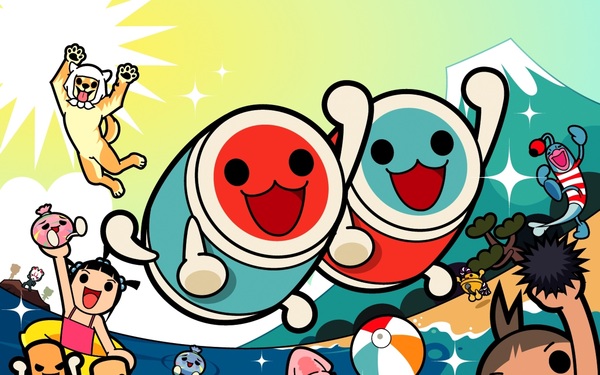 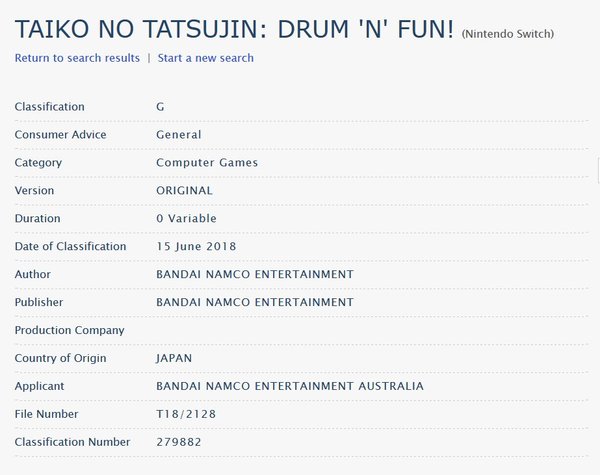 Looks like we really are going to get a localized version of Taiko no Tatsujin on Switch. The Aussie classification board has just rated Taiko no Tatsujin: Drum 'N' Fun, which is no doubt the localized name for Taiko no Tatsujin Switch. We found out a couple weeks back that an English translation patch was coming to the game for other regions, but this would be the first real proof of an English release. I'd say a full announcement for Europe/North America is right around the corner.

Thanks to Felipe for the heads up!
Source: Link
Rating: 6

The song list will determine which version I get, and I'm glad the switch makes it easy to get either.

Yeah, English songs would be poopy.

I don't think it's getting "localized" as in we're getting new songs. It still has the Japanese name. I'm guessing this is just gonna be a port with the English subtitles. I might hold off as it would be easier to buy DLC songs from the American eShop as apposed to importing it.

It’s disappointing that they're positioning this as a niche Japanese product from the get go instead of making it marketable to a wider audience. Taiko deserves to be much bigger than it is, and this release unfortunately isn’t going to change that.

To be fair "marketable to a wider audience" was Donkey Konga. Granted, that was back in 2003 (and Taiko Drum Master for PS2 on 2004), so it could fair better now with enough marketing push.

But we're at a weird point in the West where music games with plastic peripherals tried to make a comeback and was met with a moderate response. As much as I'd love to see BamCo go all in on the series outside of Japan, I also don't blame them for playing it safe.

If this does well enough, they might push harder for the eventual follow-up.

Will probably have a different song list from Japanese release. Donka Konga is essentially 7 different games because of different regions. 1 and 2 in NTSC, 1 and 2 PAL, and 1,2 and 3 JP.

Taiko Drum Master (PS2) was the only localized version and it had a different track list.

That's pretty cool. Always liked watching people play this at Japanese arcades. I'm afraid I wouldn't be any good at it. Hopefully this will drum up more enthusiasm for the swtich.