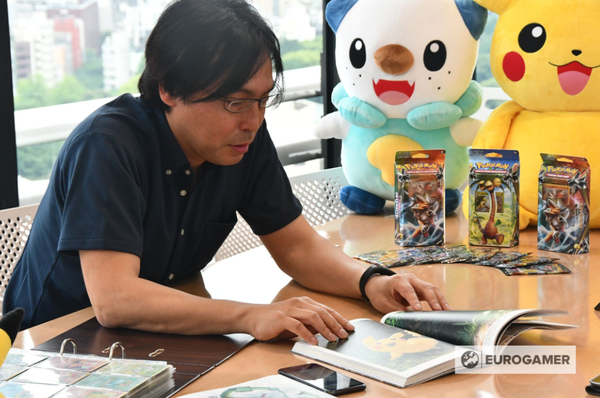 Ever wonder just how long it takes to create a card in the Pokemon TCG series? Illustrator Mitsuhiro Arita has detailed what the process is like.

"At first I'll receive contact from Creatures saying you know "how much time do you have to work on different cards, how many do you think you can handle?" and then after I've replied to that they'll say "okay specifically we'd like you to design this, this and this Pokémon". And then they'll send over some reference data, for me to look at when deciding on the design, and they'll be instructions such as "we want the background of the card to look like this, we want it to be this kind of weather or this kind of season", or sometimes even "we want this Pokémon to be using this specific move or taking this kind of general pose," and then based on that I'll write up a rough draft, and then go over the rough draft with Creatures." In total it's about seven weeks that we're given from start to finish for the card design. But then half of that seven weeks will be the time that it's over at Creatures being looked at, being checked, and then the other half will be actually me working on it."