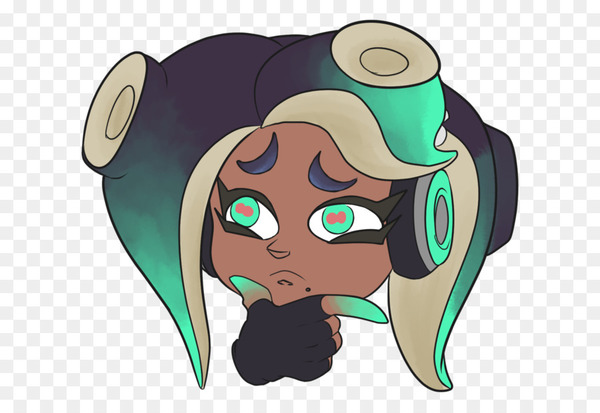 Oh man, this story has taken so many twists and turns. I don't know how to feel about this latest event! First we had a hacker taking over Splatoon 2's leaderboards to beg Nintendo to implement some anti-cheat measurements. Then the hacker came out and said he did this because he honestly cares about the game, and just wants Nintendo to make things better. Now in the latest chapter of the story, Nintendo has banned the hacker from Splatoon 2 online play indefinitely! I mean...I guess that's a good thing?!

All the negative votes. Lol.

He set himself up to be a martyr when he didn't need to. It's his own fault. I'm sure they were already fully aware of the issues. It's hard not to be when it's being quite largely reported.

I mean at least they are.... banning hackers?

Well he did ask for maeasures agianst cheaters/hackers by hacking the game so I guess Nintendo is listening???

I don't play Splatoon2 so I don't know if the banning is effective enough to keep cheaters/hackers away. I kinda guess not as he asked for better protection.

Leaves a bad taste in my mouth.

Well it says he was only banned from Splatoon 2 and can still play other games and access the eShop. The console wasn't banned, just the temporary profile(s) he used to get their attention.

All the negative votes. Lol.

He set himself up to be a martyr when he didn't need to. It's his own fault. I'm sure they were already fully aware of the issues. It's hard not to be when it's being quite largely reported.

That's exactly it. Nintendo is opposed to hacking in all forms and constantly working to prevent it, yet he, either arrogantly or ignorantly, assumed that they were either ignorant themselves of cheating, or apathetic about it. He did nothing but demonstrate an exploit they'll need to patch.

It wasn't malicious though. He was making a point.

Nintendo really does need to figure this out if they're going to be charging for the service. I know $20/year is like nothing, and I'm certainly not stressing it, but there's a lot of people out there who aren't going to pay even that if the games are full of cheaters.

He was indeed making a point, but he still ruined the game for others. He did cheat not stop to get to the top, so it was still malicious.

He didnt cheat in any games, he just edited his scores... and just like that he goes to the top

There are other ways he could contact Nintendo to tell them about this open security problem, but he choose to do it messing directly with the game (which affected other players, btw), and that was not the correct way. As simple as that.

He deserved to be baned, but what he did, did not affect anyone, since he didnt cheat when playing with others, he just edited his scores

I can’t blame them. Even if his intentions were good he still hacked the game.

You'd think Nintendo would take the hint and implement mitigations...

nah, just ban the guy while other, more game breaking hackers can take his place.

I mean, when the guy did it he said straight up expected he would be banned for it, never expected not to be.

Even if his ban was across all of his accounts he honestly wouldn't be missing out on much. I'm sure he was willing to sacrifice splatoon 2 and lungs balloon world to prove his point.

Of course they would ban him, and they should... he's a hacker.

They did what he asked for. So yeah.

Nintendo are right to ban the hacker. But at the same time they need to improve their infrastructure. If they simply ban and do nothing then they are in the wrong.

Why would they not ban him? He ruined the game for the other players he was matched against like every other hacker. The reason why he was hacking (which is just a claim in reddit anyway) does not matter. If anything the most likely scenario is that the people at Nintendo handling the bans don't even know about that reddit thread.

Nintendo has acknowledge once the r/splatoon during a live treehouse session.

It was a the beginning of Splatoon2 launch to when they changed "Come On!" To "This Way". A request made by the community on reddit.

Some people are greatly confused about some stuff. Banning isn't anti-cheat. That refers to a certain type of software to prevent cheaters from even playing to begin with. Most online games have some form of this with varying degrees of success. Splatoon 2 has none at all. Second, he did not cheat matches, he didn't ruin other player's matches. He cheated by editing values to get himself to the top of the leaderboards. I'm not saying that is okay or not still cheating. But it's not the same thing as like.... The kind of cheats people are actually bothered by.

He tried...lol But hey I can't wait to pay $20 a year for a hack-filled, laggy, communication error ridden, voice chat through a phone app, feature-less service (besides cloud saves). The best online service we've seen since the year 1999!

Nintendo: Hey, thanks for pointing out a security flaw in one of our games! Let us reward you with not playing this game online ever again!!

Obviously, the hacker's intentions were "good", but Nintendo has a program that can report bugs and security flaws that can even compensate the one who reported it, instead of just shoving it off publicly, risking his profile. Then again, it's just a profile; he can get another switch and play splatoon as if nothing ever happened.