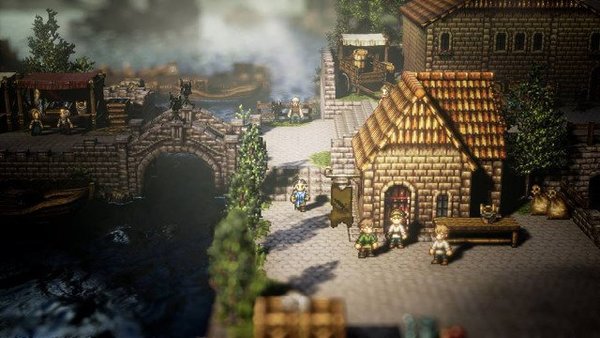 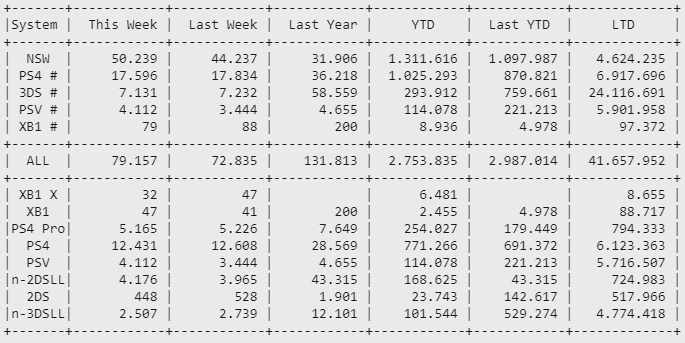 And all of that with the supply issues we've been reading about!
Now I know it's a big risk, but there's more and more evidence that when 3rd parties build games from the ground up with switch in mind it can very well find success! Let's hope other companies learn from this!

That's impressive sales for Octopath Traveler, let's see if they can be maintained. Captain Toad's sales seem alright, and they are, I guess. The way it was being reported earlier in the week, it made it seem like sales were going to be massive. I think it was stated that it sold 29,000 copies in its debut week on Wii U, so a little less than 42,000 on Switch as a fact isn't really brilliant. And it's flopped on the 3DS, as it did in the UK.

I don't think almost 15 K for the 3DS is a flop, it's like 25% of the sales of the game. On the UK the 3DS version was responsible for just 3%. A game that flopped is Shining Resonance Refrain

Seeing as there was a huge mess up with them understocking, we'll probably see a huge drop on Octopath's second week... Maybe some okay numbers by the time the second print hits the stores (which seems to be on the first week of August)

What? Toad did much better on Switch than Wii U, that's already great. That's in addition to the 3DS version which probably wasn't super expensive to make and did fine. At least on Switch, Toad will definitely have legs too.

Octopath did well, but in reality Square Enix apparently didn't think Octopath could outsell the first week of Bravely Default even (140K). Not sure why.

What's this? A Squenix game is well received and sold well? Well it now becomes dormant like Chrono trigger.