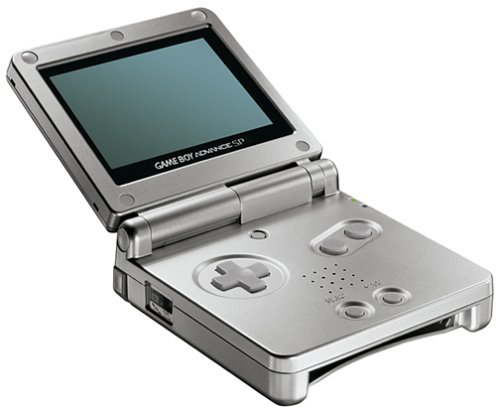 Nintendo has sent a DMCA notice to GitHub about their browser-based GBA emulator. Nintendo is looking for the site to remove the emulator, but GitHub is yet to respond to the request. It will be interesting to see what happens here, as emulators exist in somewhat of a grey area. When it comes to ROMs themselves, the situation is cut-and-dry. With emulators, there's certainly a bit of wiggle room.

It's more than just "wiggle room" if the emulator is not packaged with any ROMS then they are in the clear legally for hosting it wherever they want there are multiple legal precedent where companies including Sega and Sony have lost when trying to prevent emulators from being made and distributed.

The only exception would be if the emulator is stealing Nintendo's code in some way or another.

It's more than just "wiggle room" if the emulator is not packaged with any ROMS then they are in the clear legally for hosting it wherever they want there are multiple legal precedent where companies including Sega and Sony have lost when trying to prevent emulators from being made and distributed.

The only exception would be if the emulator is stealing Nintendo's code in some way or another.

Yep... every so often, they take a stab at this issue again and fail. Fail again. Emulators are legal, and roms of copyrighted software being distributed freely is not. It is not "gray." It is black and white. It's simple.

Nintendo loses this one, guaranteed.

Emulators in isolation are not illegal. Nintendo has no right to issue a DMCA......UNLESS....the emulator contains proprietary code, often in the form of the dump of the GBA BIOS.

Nintendo is likely overstepping their legal bounds right now. Emulators are not illegal unless they directly steal code. If Nintendo is filing this illegally, then I hope they are fought every step of the way and I would donate money to any legal fund to do so.

Just like the time they tried to have Melee at EVO shut down...

Actually, legally speaking, they're allowed to say if their copy-written material is allowed to be used at public events or on television, unless it's news or something else covered by fair use.

That's why Atlus is able to censor what Twitch streamers can show of Persona 5.

Dmca against an emulator... Lawsuit against rom sites... Don't you get it? Nintendo will finally add vc to the switch, and its library will be huge (hope so). So, they are trying to get rid of the competition

You are (somewhat) right, these actions usually happen when Nintendo is working on a similar project. However this can just be because the Nintendo Switch Online comes with a "Classic games collection".

But maybe the catalog is more robust this time, since nintendo did nothing to these sites when wii, wii u and 3ds have also vc...

I mean Nintendo has all the legal rights to sue ROM (not emulator) sites, and I am pretty sure this isn't the first time it has happened. I wouldn't read into this, they do it all of the time. As for the emulator, I'm going to wait before I conclude anything, presumably they should not be doing this, but I'd also assume that Nintendo understands the legalities of emulators at this point, and in turn there could be something else up, given that it would not end well for Nintendo if the emulator is not stealing any code. This isn't abnormal, Nintendo has always hated emulators, that has been the case for decades. They are just acting on this specific emulator at this time. It has nothing to do with Switch. Also considering we have gone from a new SNES/NES game a month as of last year to just NES games as of this year, I wouldn't get your hopes up for a huge library. We aren't getting VC, just the Online program.

Or, gba classic is the next in the "classic" line, probably with the ambassador games. That said, would be nice to be able to play gba games on a bigger screen and not having to own a gameboy player for the gamecube!

For them to sue an emulator, the emulator has to use some of the original code of the console it's emulating. If this one does, they're wide open to litigation.

Pretty sure that specific repo was either linking to Rom sites or storing copyrighted Roms in the repo itself.

Edit: Ah, a github page running a JS-based emulator. My assumption is it was also hosting ROM files to play through the browser.

That's some grade A journalism by VentureBeat there.

There is an emulator called virtual boy that supposedly can run ROMs without BIOS. It would be very difficult for Nintendo to get rid of that emulator instead of this one.

But I honestly don't get how emulators are legal. Unless they do more than just playing ROMs, the whole idea of them is playing ROMs. you can say that dumping your own copy of the game to the emulator is legal but you need a lot of skill and cash to pull off that kind of stunt unless if I'm mistaken.