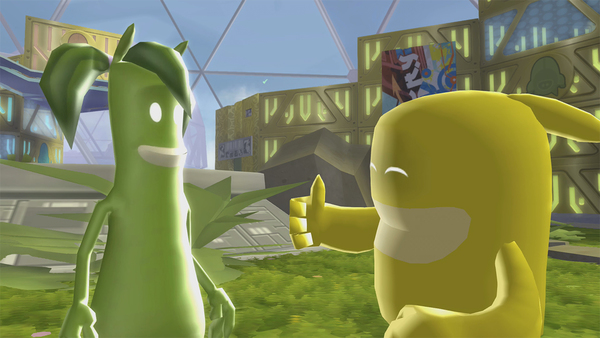 In de Blob 2 Comrade Black and the Inkies are back with a whole new plot to rid the world of color. With all-new help from Papa Blanc and his followers the Blancs, Blob and his friends will have their work cut out for them bringing color back to the citizens of Prisma City.

Imagine: Set off on an action packed color adventure with 12 new single player story levels where custom paints, patterns and music bring the world to life any way you want

Power: Speed smash through walls, jet jump over skyscrapers and slam squash Inkies with all new power-ups that turn you into a Super Blob

Transform: Inside, outside, above the Earth and below it, Blob embarks on mini missions and epic boss battles to restore color and music back to this rich universe

Share: Recruit your friends to join the color evolution in all new co-operative multiplayer modes

He can shut up. This entire generation is full of ports on all consoles. Switch isn't any worse.

Both of these games are incredibly fun to play and I hope they are both successful.

He can shut up. This entire generation is full of ports on all consoles. Switch isn't any worse.

Can you do me a favor? He's blocked me here because of...our interactions at another site, so I can't ask him directly. Can you ask him why he doesn't just buy a console which plays all those AAA games he wants?

Also why he keeps porting his comments from thread to thread.

It's not worth the time or effort to interact with fools like that. Ultimately, they look like an idiot at the end of the day. Your suggestion I agree with completely, but no, it's easier (and cheaper) to just whine and look foolish. He'll get banned eventually, like he did on the other site.

That's fair. Fun fact: he learned the expression "moving the goalposts" from everyone who pointed out that that's what he does.

I wonder if this is where Next Level Games got their ghost designs from for Luigi's Mansion: Dark Moon..the characters look awfully similar.

Better be physical or there will be consequences

Denial as usual from some people. The fact that my response was preempted say it all really, because you know I'm right. Why just have Wii U ports though, when developers can go even further back and have Wii ports as well? It's hardly the first Wii port on Switch. And we all know it certainly won't be the last. Hell, we've even had Gamecube ports. And to fob it off by saying "but, but, but this entire generation is full of ports on all platforms" is both laughable and sad. The other platforms are getting new major 3rd party games, like take your pick(insert anything you like, Assassin's Creed, Call of Duty, GTA, Monster Hunter World, etc), while the Switch is saturated with old ports, Indies and mobile games.

Proper 3rd party support on Switch is pitiful. Nintendo have Indie Directs and Showcases. When was there ever a 3rd party Direct? And these people keep moving the goalposts, saying it'll happen, last time was at E3. It was embarrassing, they're not coming, certainly not until there's a Switch XL, Pro, 2 or whatever it's called. 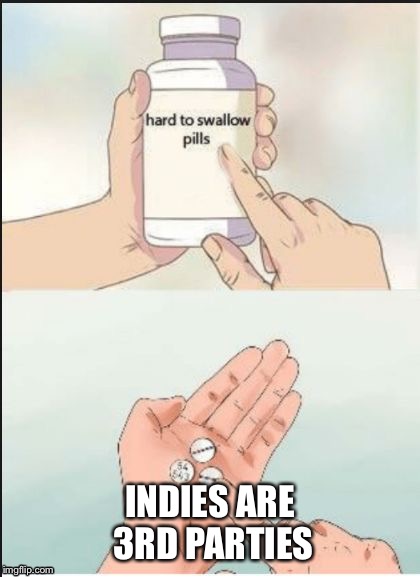 The battle cry when you’ve already lost the argument.

De blob 2 was remastered for ps4 and xbox one this year, the only wii port I'm thinking of is de blob, go vacation, and okami. Is there others. I'm ok with ports if it's good games, to play them on the go is great. I didn't bought de blob, and go vacation but I'm interested by de blob 2 and okami is such a great game. I'd like more support by 3rd parties but if they wanna start by selling ports to see if it sell enough before making a new game for switch I understand it. At least there putting something.
And like SEANSNEACHTA said indies are third parties.

I like buying late ports on PS4 for one reason only, and that's because they're cheaper than the PS3 versions most of the time. Switch games, due to the stupid carts or having to be digital only to prevent a price hike (like Okami HD), are usually the same price or more costly, which is a pretty huge/ issue IMO and combined with lack of achievements from other multiplat versions, it makes the Switch versions a lot inferior.

At the very least, these two games came to PS4 not long ago at all, but still it does show that the Switch's proper third party support is pretty crappy RN when it comes to western devs... As it always has been sadly. Don't know why people seem obsessed with you, but some of your points are pretty spot on coming from a Wii U owner with over 170 Wii U VC games who feels awfully burned by not being allowed to rebuy them at full price on the Switch, and instead having to rent a select amount, among some of the more boring ports getting away with being fully priced on Switch like DKCTF, which is why Captain Toad and Bayo ports being better priced is what I hope they keep doing if they don't want to do better changes like Pokken, Mario Kart and Hyrule.

More rubbish from people. Can't deal with facts or contest my opinion sensibly and so resort to lame images and gifs. I'll play your game and use an analogy. 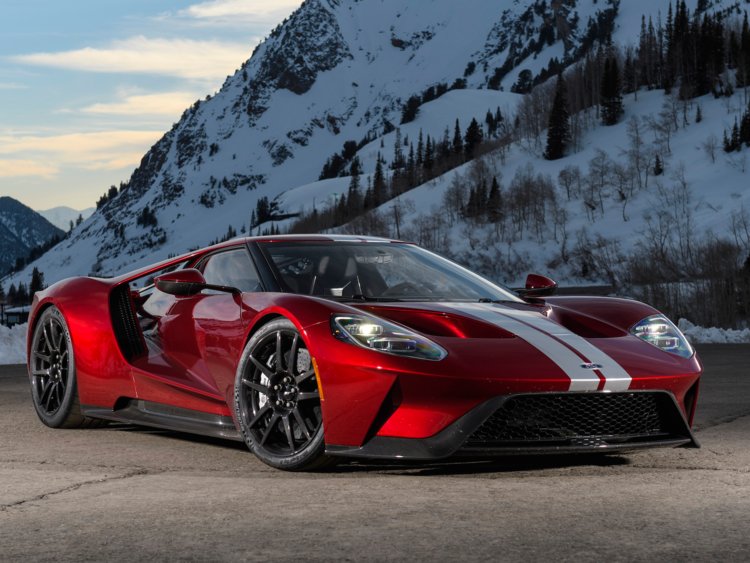 You can argue they're both cars, sure, but I know which one I'd want.

You can also argue that neither car is very desirable (one is a lemon, the other an impractical, overpriced gas guzzler)... also that neither make a good analogy for the Switch...

If the bottom car cost the same as the top car then yeah, I’d take the bottom one too.

The Switch costs €100-150 more than the other current competition consoles, is barely more powerful than the Wii U, which was slated for its lack of power upon release back in 2012.

I could get into far more about the Switch, like how nobody seems to notice but Nintendo are slowly trying to ween us off physical games. Or how people try to say it's a hybrid when in reality it's a handheld, and the proof for that is that all the compromises on the Switch are on the console side.