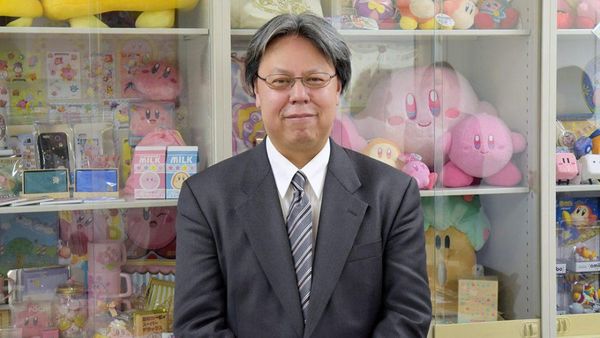 The president of HAL Laboratory, Satoshi Mitsuhara, recently sat down for an interview with Forbes, and the feature contains all kinds of interesting tidbits. You can find the some snippets below, but make sure to click over and read the full piece.

Satoru Iwata was a very straight person. Never tried to cheat or have any kind of intent to do that at all. Even when other people were cheating or doing something underhand, he never used that as a reason to do likewise. At work, he was also a very serious and honest person, that sincerity and honesty made the company very pleasant. He also had a big capacity for things, he could take on a lot. We were very close friends.

One time, when we were extremely busy on MOTHER2 for Super Famicom we often went out together for dinner after work. On our way home from dinner, we used to go to the arcades and play Daytona USA exactly twice. Always twice and leave. I reckoned we did that every week. It was really like work hard and play hard.

On an unreleased SNES game

As soon as Ponkotsu Tank was finished, I moved onto another game. However, this was not the first Kirby game but an unpublished title. This was a Super Famicom or SNES game. Unfortunately, I cannot talk about this game though. I then worked Kirby’s Adventure for Famicom or NES after that.

On the company's logo

Our “Inutamago” logo, with “inu” meaning dog and “tamago” meaning egg, is quite symbolic because the dog is a mammal and doesn't lay eggs. However, it is looking after these eggs, that means you don't really know what is inside those eggs. That implies that whatever comes out of these eggs is completely unknown and utterly surprising. That's where the inspiration for the logo is from, in that HAL Laboratory is a company that will surprise people and creates something unimaginable.

Satoru Iwata was too good for the gaming industry. The way we treated him during his final month even after all he'd done for Nintendo and games at large is proof positive of that.

Am I the only one who thought this was a mother dog nursing puppies?

And now I have that Daytona USA song in my head!

"HAL Laboratory is a company that will surprise people and creates something unimaginable".

I thought they pretty much only made Kirby games these days. Not counting that one Cube guy.

Never played it, but they made Part Time UFO which apparently is good. Play the BoxBoy games if you haven't. They are great!

Part Time UFO is really charming. A surprising little game for sure.

Boxboy is nice and should be on switch.

Where is part time ufo? I can't find it in the app store.

That's odd, since its available for both iOS and Android. Maybe your device isn't compatible? Requires iOS 9.0+.

I tried searching on google play and its not there at all.

I guess I need to get the apk or something..

HAL Laboratory is a company that will surprise people and creates something unimaginable.

I guess they forgot their own motto when creating Kirby Star Allies...HEYO!!

Say what you want, but being able to play as Ado along with Dark MetaKnight feels almost too good.

Always wondered what their logo meant, but never cared enough to do the research.

Satoru Iwata was too good for the gaming industry. The way we treated him during his final month even after all he'd done for Nintendo and games at large is proof positive of that.

People never appreciate what they have until it's taken away from them. Be it objects or people.
The way Iwata was outright demonized by some people, even on this website until his death reminds me a lot of the way people treated Michael Jackson until his similarly unexpected passing.

The world is full of corruption these days. At least there are good people around even though there are only a few.

This kinda reminds me of my uncle before he got killed in an accident. He was always cheated and yet, he was a nice man whom you would like to hang out with.

I worry if corruption will outweigh goodness...