RUMOR - New Smash Bros. Ultimate character may have been leaked 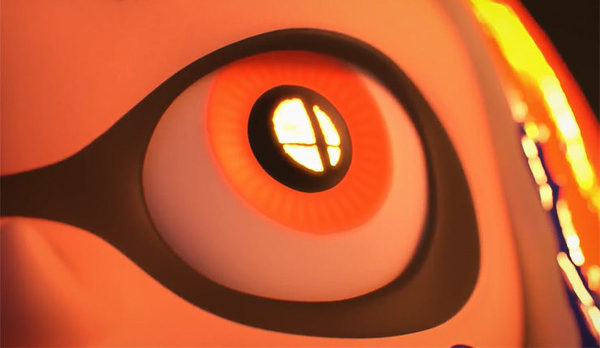 We're in full-on spoiler territory here, gang! Only hit the jump if you don't mind a potentially HUGE spoiler for tomorrow's Direct!

UPDATE - Nintendo has since changed the name back to the correct song name.

There's something weird going on here, gang. If you play the video above, you hear the Galaga remix we heard a few days back. Nothing new there at all. The thing is, if you look at the title of the video, it now says Bloody Tears/Monster Dance. For those who don't know, both of those song names are related to the Castlevania series. Looks like all the speculation on Simon Belmont joining the roster could be true!

Huge thanks to Andreslop24 for the heads up!
Source: Link
Rating: 4

You don't need to be the enemy of fun.

When was the last mainline Castlevania game on a Nintendo home console? N64, I remember 2 I think there were. Neither were great. Konami, in general haven't been great supporters of Nintendo in recent years and so don't deserve a place in Smash Bros. But then neither Cloud nor Snake should be in Smash Bros. and yet they are. Ryu shouldn't be in there either.

The rumours about Simon have been circulating for a long time, chances are they're true.

You don't need to be the enemy of fun.

Fun is a relative concept... what you call fun, other's call un-fun... which means you are just as much the enemy of fun in this situation...

Ryu absolutely deserves to be in due to SFII being so huge and the fact he appears as recently as SSFIV3D on 3DS, and the Switch Anniversary Collection. Snake's always been iffy to me since he only had the NES games and the Twin Snakes. Cloud I'd give you if it wasn't for his franchise being so influential and the fact Sakura mentioned he wanted someone from FFV/FFVI at first before Square pushed for Cloud due to his mascot status.

So yeah, Simon I consider just as influential as Mega Man. The GBA/DS castlevanias were amazing and one of them was a direct sequel to II with his direct ancestor as the main focus, so it makes sense that he's in the game. He was also in Lords of Shadow, but I hope they use his CVII design instead of his fugly red hair one or LOS design...

Now Crash Bandicoot or Rayman? I'd consider jumping ship if any of those joined the fight since they literally have little impact on Nintendo's gaming history or the industry as a whole that it would feel like Nintendo making a big attempt to get more third party support.

I can go through these characters and say why they don't deserve a place and free publicity. Street Fighter hasn't been on a Nintendo home console since the SNES. 20+ years. Tokenism shouldn't be rewarded.

Snake, same story. You've to go back to the NES, I think. Bar, The Twin Snakes, which wasn't a new original game, which Nintendo had to pay for the rights and pay Silicon Knights for its development. Snake was in Brawl and we got nothing in return.

I wouldn't mind and would have no problem seeing someone like Rayman in Smash Bros.

Street Fighter hasn't been on a Nintendo home console since the SNES. 20+ years. Tokenism shouldn't be rewarded.


Seriously, you're going to be picky over home console appearances versus handheld ones now? I can't decide what logic is worse, this or your insistence that indie developers don't count as third party developers (even when Nintendo itself said they do)...

I wouldn't mind and would have no problem seeing someone like Rayman in Smash Bros.


And yet the last time we saw Rayman it was a port of a Wii U game that was originally an exclusive, but then had to be delayed to be released simultaneously with the XBone and PS4 releases... didn't you say tokenism shouldn't be rewarded?

Everyone can have their feelings as to why a character belongs or doesn’t. IMO, all the third party characters in Smash have been absolute video game icons. So they belong. Rayman, I feel, has no real significance. Neither does Bayonetta, if I’m being honest. But she won the Smash ballot, so she belongs.

I associate Simon and Castlevania with Nintendo as much as I do Mario and Zelda. Along with Mega Man and Metal Gear those were iconic NES games. I’m sure many others feel the same way.

>Bitches about third party characters
>Thinks Rayman should be it Smash Bros.

Dude, there’s something wrong with this line of thinking....

So what? Castlevania is by all means a classic, so much to have 2 of their titles on the Nintendo Classic Mini consoles. For those games alone should Castlevania get some respect in Smash at the very least.

So just because they're not home consoles, we're just going to ignore the SIX excellent metroidvanias on the GBA and DS? And while not great, Mirror of Fate on the 3DS deserves a mention as well. Home consol or not, Castlevania has a good home on Nintendo platforms.

Bring on Richter's Theme, any way possible. Then this smash will have the GOAT OST. The only big bummer is that if this is akin to a leak on 4Chan which mentioned this same song, then all the modes are the same as the Wii U version save for Smash Tour being replaced by Smash Run, pretty much confirming this as an enhanced SSB4 port in single player content, which would really suck in terms of my hopes for an adventure mode or tons of new trophies.

EDIT: As I was typing this, the title was fixed... Weird

This makes me a little bummed for the Smash Bros. team. That’s a huge announcement to have leaked

The good news is that this seems like an honest mistake. It wasn't someone with secret info that wanted to spoil the surprise. It sucks that it happened, but I doubt it was an intentional "leak".

So... Simon Belmont in Smash then? Well, at least it can be argued that Castlevania deserves a representative... unlike certain other characters...

where does it say Bloody Tears? Video still says Galaga Medley, and i n fact the title Bloody Tears appears nowhere on the page.

Looks like it has been corrected. Here's a screenshot of the leak proper: https://imgur.com/a/rSigu87.

Oh my god, it's going to happen! Thank you, Sakurai!

This is great for Castlevania fans even though Belmont has been leaked since before Ultimate was announced alongside Ridley and Ice Climbers. Same guy said Isabelle will also join th fight. Im not a fan of Simon but Im happy for his fans.

Also real sick of the "deserves" to be in Smash arguments. Theres 65+ freaking characters on the roster if you dont have a character that you enjoy on the roster by now then I dont know what to tell you. Im not saying you have to be excited for EVERY character announcement. There are plenty of characters on the roster I couldnt give two craps about but dont belittle other peoples opinions (unless its something really dumb and beyond possible like Shrek, Spongebob, or Goku or something) and wants if YOUR personal pick doesnt make it into Smash.

I’m concerned for what tracks they will choose. Whoever is in charge of selecting the music for Smash always does a pretty poor job with 3rd party franchises IMO. Other than the track title leaked I expect 3 different versions of Vampire Killer and maybe one random track from Super IV. Which will be a shame since there are so many different good tracks in the series.

I bet you're pretty happy about now.