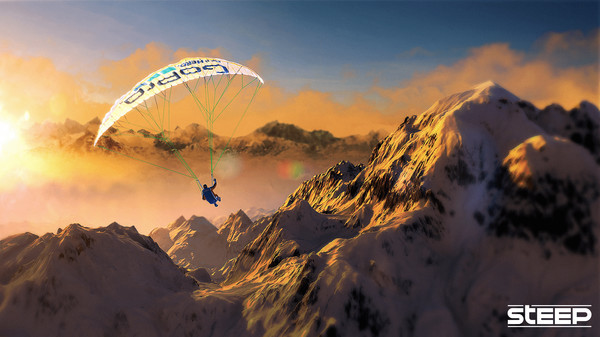 Hey @RJISAGAMER! We are wholly dedicated to supporting the live game, and made the decision to stop Steep development on the Nintendo Switch platform to focus on bringing new live content and challenges to Steep players instead. We’ll have more exciting news to share soon.

I guess that's another way of saying the game is cancelled? If development has been stopped, I doubt Ubisoft is going to pick it up again at some point. I think we all knew this would be the case, but at least now we have a confirmation.

Thanks to Sligeach_eire and Dakhilfor the heads up!
Submitted by: dakhil, sligeach_eire
Source: Link
Rating: -9

At least they've finally admitted what we've all known for some time.

The game was as good as vapourware, not so much as a screenshot was ever shown of this running on Switch, no trailer, no release date, absolutely nothing. And I wouldn't be surprised if we're having a similar conversation about Dragon Quest XI in 6 months to a years time.

It's not a surprise for steep, but just yesterday yuji horii teased a reveal of the switch version for dragon quest xi around tokyo game show
http://www.siliconera.com/2018/08/08/dragon-quest-xis-switch-version-likely-to-be-revealed-around-tokyo-game-show-2018/

I would be very surprised is DQ-XI on Switch suffers the same fate.

First of all, DQ-XI is relatively new while Steep was four months old when the Switch was released.
Secondly, DQ-XI is not nearly as reliant on graphics or on-line as Steep appears to be.
Third, DQ-XI is not on Xbox but is already on a Nintendo platform (3DS) in Japan, so no sudden exclusivity.
Finally, we know about the porting process (from PS4) for Switch. And we should know more after TGS.

But I will not be relieved until it is released.