Plot details for the upcoming Sonic the Hedgehog movie 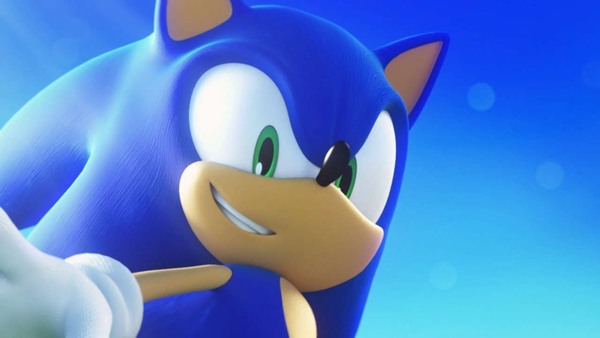 We've been watching the Sonic the Hedgehog movie closely this week, as filming is underway and imagery has leaked from the set. Now we have a few small details on the movie's plot.

- James Marsden will play a small-town cop from South Dakota

Thanks to Andreslop24 for the heads up!
Source: Link
Rating: -4

Well hope they're at the Secret Rings...

This sounds worse than the Super Mario Bros Movie.

People wanted to watch sonic the hedgehog, not woody the woodpecker....

Well there goes its shot at the Academy Award for Best Original Screenplay.

So.. Sonic won't be fast..?
Speed of Sound can get their in a literal finger snap give or take some seconds/minutes

This movie is sounding so bad that I bet Netflix, the Sci-Fi channel, and Lifetime turned it down. Hell the movie sounds SO bad that I bet when they tried to make it direct to video no retail store would carry it. They said no one would buy it from the $1 DVD bargain bin..

The only thing that can save this movie is if they all go to a strip bar at the end and have drinks.

Someone just shoot me. I've spent the last five years trying to defend this game series and this movie is gonna end it in one fell swoop.

Seriously, just why? Why can't we just have Sonic being Sonic fighting Eggman being Eggman? Why does it have to be this nonsense about a roadtrip? SERIOUSLY, I just did the math, Sonic, the FASTER THAN SOUND Hedgehog, who's capable of RUNNING AT THE SPEED OF SOUND would reach San Francisco from South Dakota, if RUNNING AT THE SPEED OF SOUND, in just over TWO HOURS, there would be no competition if Sonic RACED Eggman, unless some out-of-touch Hollywood director threw him in car to make stupid drama with some horrible actor who's pretending the CGI character that's sitting next to him is actually there, but I mean what kind of numskull would do that?

...The movie is already going against Sonic's character, kill it now, before it makes it to theaters.

How the hell was this idea let through? It's going to be a train wreck and an embarrassment to the franchise.

The music from their games and animation in their cut scenes, especially from Unleashed, were phenomenal. What was so hard about coming up with a beautifully animated, CGI movie where Sonic, Tails, Knuckles and their pals have to stop Eggman from taking over the world and unknowingly unleashing an apocalyptic beast? Or how about we take a Sonic Forces inspired plot with Eggman having already taken over the world with Sonic and friends fighting to save it (in a much better plot then Forces at least).

It might be a generic Sonic plot in the form of a movie, but if done right, it could have been worth seeing.

The best part of this is obviously that the plot is about Sonic trying to recover his rings. Because that's always the central plot to a Sonic game... Next thing you know, they're gonna make that upcoming Mario movie about Mario trying to collect his lost coins.

I mean, the Chaos Emeralds are nearly always a central piece to a Sonic game puzzle. The hell do we care about Sonic's rings?

... shit, I just realized, this will be a 90-minute ad for the drive-in restaurants... he's after some onion rings, but only San Francisco Sonic onion rings will do, screw that Burger King and the Sonic down the street, we need them from CALIFORNIA.

Oh James Marsden's in this?

Looking forward to him getting killed off partway through and then brought back at the start of the next movie like nothing happened. :P

So the ”ring” is what make Sonic run fast in this movie?
Isn’t that a Shadow thing but opposite?
Could explain Why he need a car to SF!

BUT, even that Flash show sound FASTER than this
Are they afraid to get sued by DC?

What are the chances of them not getting the Sonic CGI model correctly? That's probably the only thing they can't ruin.

Hopefully he doesn't get "Garfield-ied".