GoNintendo Interview - Gears for Breakfast talks about bringing A Hat in Time to Switch! 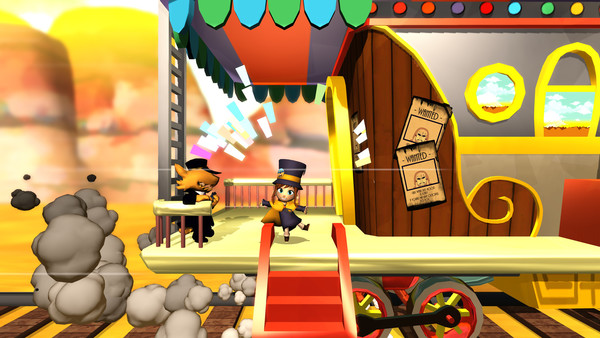 After what seemed like a less-than-zero chance of A Hat in Time coming to Switch, developer Gears for Breakfast let loose with the surprise Switch port news yesterday! Following up on that, we had a chance to talk to Gears for Breakfast's Jonas Kærlev about the port, how it came to be, and much more. Check out the entire interview below!

GoNintendo: How hard was it to keep this announcement a secret?

Jonas Kærlev: Oof. Really tough! We've been super excited about developing all this fantastic new content for A Hat in Time, as well as making the game available on the Nintendo Switch. We've even slipped up a few times, and accidentally leaked some hints about the DLC in our game updates. It's been weird having to both keep pushing game updates, while keeping the DLC and Nintendo Switch release a secret!

GoNintendo: Back on Feb. 5th, 2018, the official Twitter account clearly stated that A Hat in Time was not coming to Switch. Was that true at the time, or were you throwing people off your scent!?

Jonas Kærlev: Haha! While making games, there's frequently times where you're unsure if something is going to become a reality. This goes for features as well as platform releases. Hitting a certain performance benchmark is hard, and if you can't hit it, you can't ship. At that point in time, it wasn't set in stone at all, it could go either way. So we decided to just shut down the rumors, so that no one would get their hopes up, in case we couldn't deliver. Luckily, we were able to deliver a Nintendo Switch release in the end!

GoNintendo: How does it feel to be bringing the game to Switch?

Jonas Kærlev: It feels fantastic! It shouldn't come as a surprise that us at Gears for Breakfast are big Nintendo fans - I mean, A Hat in Time is just straight-up a love letter to some of our favorite Nintendo adventures. It's a big honor to be on the system.

GoNintendo: Will this be the same as other versions, or is there bonus content?

Jonas Kærlev: The Nintendo Switch release is very much the core A Hat in Time experience! We're releasing the new Seal the Deal and Co-op DLC for PC, and once that's over with, who knows what we'll tackle next.

GoNintendo: Does the Switch version benefit from updates made to the other versions since release?

Jonas Kærlev: Yes! We're bringing over some quality-of-life features and additions that the PC release has received since launch! We think this is definitely the ultimate on-the-go A Hat in Time experience. 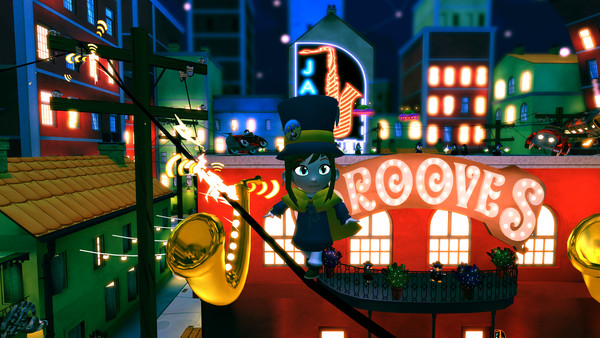 GoNintendo: Did you guys truly believe it would be impossible to bring the game over to Switch?

Jonas Kærlev: Yes - and we still can't believe it! The fact that it happened is a miracle. A Hat in Time is running on a really old engine that can't be updated easily. The engine was never really designed for newer console generations, and it took an incredible amount of effort to get it running on modern hardware!

GoNintendo: What made you decide to give it a shot?

Jonas Kærlev: During A Hat in Time's development, we had toyed around with a Nintendo Switch release but concluded that it would be exceptionally tough, way beyond the scope of a small indie team like ourselves. The game and its engine just wasn't designed for the hardware - we had given up hope! Luckily, we were able to get a lot of help and advice from other developers - without their help, we wouldn't have been able to make it at all!

GoNintendo: Can you detail the insane amount of work/effort it's taken to bring the game over?

Jonas Kærlev: Absolutely! Platforms are extremely different, both in their advantages and feature set. What runs fast on PC, doesn't necessarily run fast on consoles, and vice-versa. Imagine the difference between the Nintendo Switch and an old-school Nokia phone - it's a completely different set of hardware, and that has a huge impact on the feasibility. When we started making A Hat in Time, it was with the mindset of it being a PC-only game, so we picked the best engine fit for PC, and designed the entire game around PC.

In general, PCs have really powerful CPUs, so we put a lot of the performance burden in A Hat in Time on the CPU. But consoles are completely different, utilizing a strong GPU to carry the weight. You have to completely redesign the foundation of your code in order to move the code over to the GPU, it's a complex and non-trivial task. It's been a lot of work, and it took us almost a full year to reach this point where we're able to deliver the full A Hat in Time experience on all platforms, including the Nintendo Switch!

Expecting small indie teams to bring their games to a new platform is unreasonable, its a lot of hard work that usually requires a team of veteran developers. We consider ourselves incredibly fortunate that we were able to overcome this challenge and bring A Hat in Time to the Nintendo Switch!

GoNintendo: What has been the toughest part of the porting process?

Jonas Kærlev: Performance by far. The easiest step is always to get a game to "run" on a new platform, the hard part is to get it to run well. It all boils down to the hardware being so different, an inescapable reality of PC and console development.

GoNintendo: What are the tech specs? What does the game run at docked/handheld?

Jonas Kærlev: Great question! The game runs 720p at 30fps, and It has the full list of post-processing effects, motion blur, depth of field, etc., it looks fantastic! The experience is definitely the pure A Hat in Time adventure, with some extra updates, upgrades and fine-tuning on top! In handheld mode, the resolution is a little lower, to match the smaller Nintendo Switch screen compared to a giant TV.

GoNintendo: Any final words for Switch fans who held out hope this long for a port to finally happen? 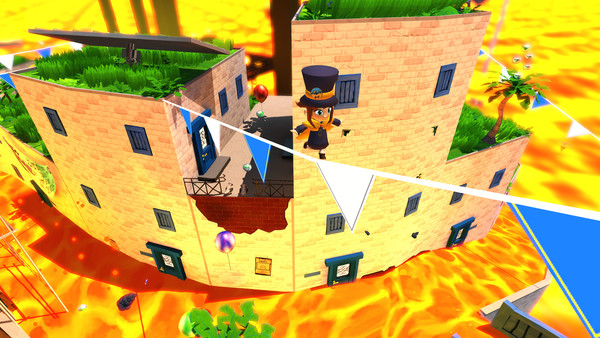 Huge thanks to Jonas Kærlev for giving us the opportunity to talk about A Hat in Time for Switch! We'll be sure to keep you all updated on the port's progress as info becomes available.