Yacht Club says info on an 'all new game coming to Shovel Knight: Treasure Trove' will be revealed next week 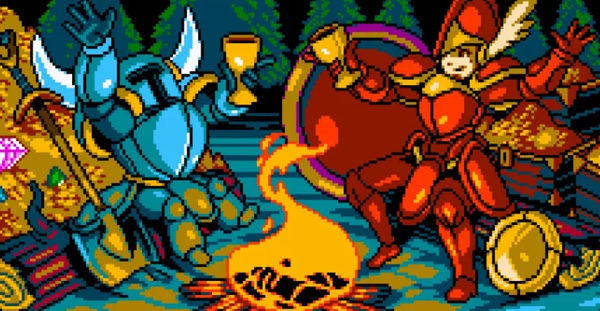 Stay tuned to @IGN next week for the first look at an all new game coming to Shovel Knight: Treasure Trove. We can't wait to throw down the gauntlet and show you what we've been working on!

Looks like Yacht Club has something up their sleeves for Shovel Knight: Treasure Trove. Last we heard, the King of Cards DLC was going to be the end of Shovel Knight's new content, but I guess that might not be the case anymore!

I'm sure this will be awesome, but at the same time I really just want them to move on at this point. Make a new game already Yacht Club!

I agree. I never bothered with the DLC that they did for Shovel Knight because its literally the same game with new skin to it.

Really, its time for them to move on to the next project. Don't tell me that Shovel knight is all they have right now.

its literally the same game with new skin to it.

I have to disagree with you there. I would argue that the control style of Plague Knight makes it feel like a whole new experience. But, yes, the Plague of Shadows campaign is largely made up of the same levels as the original game. However, Specter of Torment is essentially a new game entirely. The character control as well as the (effectively) all brand new levels makes very different.

You are obviously free to do as you please but I would encourage you to give the DLC a second look if you skipped it because you thought it was just the same game with different characters. Because they didn't feel like that at all to me.

Wasn't there a four player Smash Bros style game mode also in the works? Maybe this will finally show that?