Sikanda could see a physical release on Switch 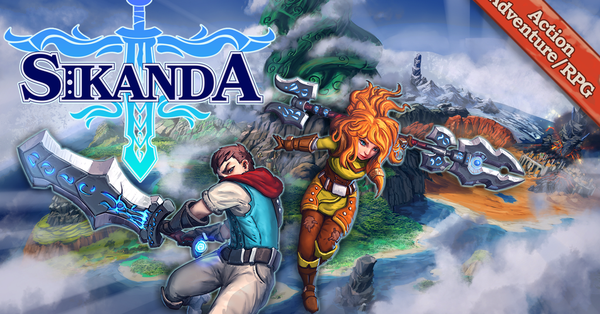 Sikanda's Kickstarter is currently live, and while the game hasn't hit it's goal yet, it's definitely well on its way. While the Kickstarter does its thing, the developer of Sikanda is already looking to the future. In an interview with JpSwitchMania, Stefan Kohl, founder of Dyadic Games, says he's looking to work with a publisher on a retail version of the game.

I've reached out to a publisher just recently. At the moment, I'm preparing a demo upon their request, so let's see how they will react.

Obviously that's only going to happen if the game hits its initial Kickstarter goal. If you missed out on the Kickstarter, you can find it here!

Check out a print ad for Space Invaders: Invincible Collection
Mar 29, 10:20 by sikes primero
Nintendo says Dr. Kawashima's polygonal face was inspired by StarFox's Andross
Mar 29, 09:04 by acmiguens
DOOM Eternal's quality assurance team gets a special in-game shout-out
Mar 29, 08:39 by wiired
Star Wars: Jedi Knight: Jedi Academy players on Switch are getting dropped into servers with PC players, and it's leading to a bloodbath
Mar 29, 07:40 by ejadaddy
Shovel Knight: Treasure Trove's Version 4.1 update for Wii U in final testing, won't include 1:1 pixel scaling
Mar 29, 06:53 by conangiga
Shantae and the Seven Sirens won't have DLC, details on the Japanese/Asian release being worked on
Mar 29, 06:50 by conangiga