Bloodstained: Ritual of the Night's dev team is just 20 people, Igarashi applauds Nintendo for their work with indies 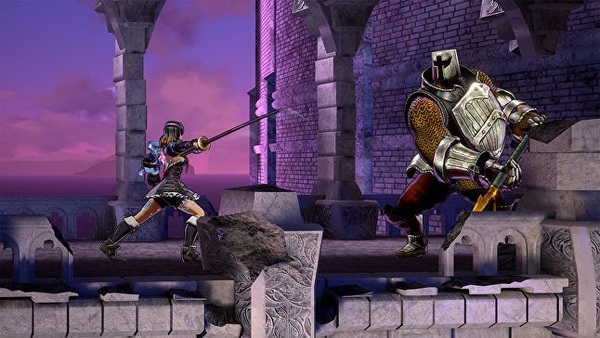 Igarashi has been toiling away for years on Bloodstained: Ritual of the Night, but his work should finally come to a close in 2019. In an interview with GamesIndusry, Igarashi details the size of the team working on the game.

"The Bloodstained team is about 20 people, maybe a little less, but I consider that a big team. Back when I used to work on earlier titles, there'd be only about four people working on some of them."

Igarashi's work might have brought in millions of dollars via Kickstarter, but there's no doubt that he's firmly in the indie scene. He set out on his own to make something of himself after life at Konami. It's clear Igarashi has the indie spirit, and he sees indies as being extremely important moving forward. That's why it's no surprise to see him praise Nintendo for their work with indies in recent years.

"I think the Japanese indie industry will be able to change in the future, especially with big companies like Nintendo having a strong indie presence. They're willing to have a lot of indie developers work with them and provide that funding they need. And that's what's happening in Japan - there are a lot of larger publishers providing support for indies now."

I wish you three all the best!

Did he recruit any of his former team from Konami, I wonder, or is this everybody's first game like this.

I only WISH I was able to get/afford 20 people to work on my games. Right now it's just me, myself and I.

I wish you three all the best!

Same here. Have too many roadblocks that don't motivate me enough to develop my own games.

I kind of figured the team was pretty small, based on his comments to the Kickstarter backers.