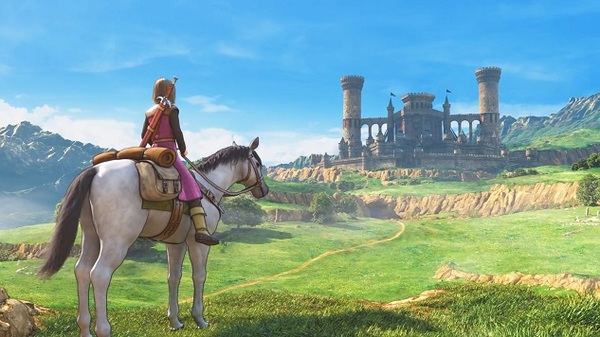 A few hours back, Square-Enix revealed that Dragon Quest XI on the Switch would be called Dragon Quest XI: Echoes of an Elusive Age S. The 'S' in the title was said to stand for “Switch,” “Special,” “Shaberu” (Speaking), and “Seiyuu” (Voice Actor). While we've reported on that already, there were some follow-up comments from Dragon Quest XI producer Hokuto Okamoto about the 'Shaberu' aspect mentioned.

“Even though shaberu (speaking) will be taking priority… I think there are some players who would prefer Dragon Quest without voices, and we’re keeping that in mind. Horii will be able to say more about that at some point…”

Sounds like there might be something in Dragon Quest XI on Switch that will change how voice acting works, or eliminates it altogether. Either way, there's definitely more to the story than we know right now.

To anyone wondering, the Japanese version of DQ11 didn't have voice acting originally. They added that into the english release.

They did the same thing with DQ8, where it didn't originally have any either, but they added voices in the western localization. Voice acting was added into the Japanese version of DQ8 on the 3DS, though.

I'm thinking they're planning on doing the same thing to DQ11.

So you're saying there IS reason for me to wait for the Switch version?

But, if you're willing to wait, and your hoping they'll add more features to the Switch version, like the 2D SNES version we didn't get here because it was only with the 3DS version of the game, maybe.
But we don't know if they are planning on adding anything like that yet.

I am waiting to see what the Switch "S" version actually IS before I go in on this. It can be a downgraded PS4/PC version, a fancy 3DS version. A game made from scratch to the Switch etc. I'll just wait this one out, really. I have more than enough games anyway. Octopath is taking most of my spare time these days (which I have less and less of). BUT! If it's just a downgraded PS4 with the already existing Western VA? I'll just get the smoother PS4 version.

Thanks for clarifying that! I was wondering, myself.

I've been playing through DQ8 on the 3DS and I've enjoyed the voice acting so far. It actually works well with the game's unique brand of humor. Adding voice acting to DQ11 could be a really good thing, especially if it's optional.

With the whole debacle of Switch cart sizes, it would be smart to set aside voice acting as a separate download, even if it's one of the new features for the Japanese release.

I've watched some DQXI gameplay both with and without voice acting, and playing without it definitely speeds up the pace of play and leaves more to the imagination. It makes sense that they would keep both options.

It probably will be a separate download on the Switch. I mean the game is huge already as it is, so if they can make it fit on a 16GB cartridge without the voice acting, but not if it's there right from the start, then it will be optional altogether. I can live with that I suppose.

In Japan I agree, but Nintendo is most likely publishing it here like they have for almost every other DQ game on their systems, so cart size won’t be as big of a deal since they’re gonna use whatever size they need. I expect they’ll do what they did with Fire Emblem Warriors and Xenoblade 2 and make the JP voices a download and the English one in-cart.

Nintendo has yet to release a single game on a cart larger than 16GB though. I doubt they wouldn't make the voice pack optional if they can avoid using a 32GB cart for a game that would be like... 17.3GB with the voice pack included but 15.9GB with voices excluded.