SNK unsure how to approach a reboot for Metal Slug, questioning what fans want 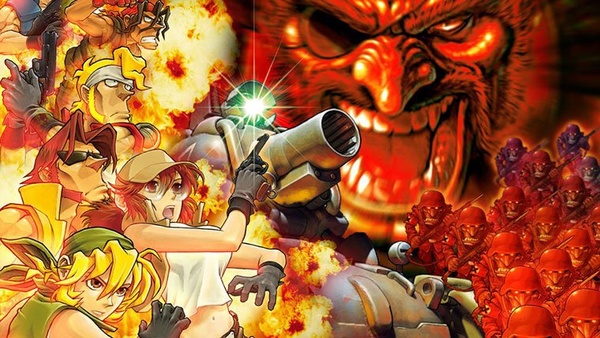 Is it time for the Metal Slug series to get a reboot? It seems SNK themselves have been toying with the idea, but there's one element of the discussion that has left them puzzled. SNK’s Game Division Deputy General Manager Yasuyuki Oda was asked about a potential Metal Slug reboot by DualShockers, to which he had this to say.

“If we rebooted Metal Slug in some way, would they [gamers] be happy with the same “one hit you die” mechanic? Do gamers today think we should put it out that way?

I would say that the one-hit approach to Metal Slug is definitely core to the experience, but I wouldn't be horrified if they changed things up. To me, the most important parts of Metal Slug are the gorgeous 2D animation and the over-the-top action. As long as those elements are included, I'm down!

What a Metal Slug Redux must have:

-No microtransactions
-No DLC (keep it 100% complete, please)

I like the idea of "more Metal Slug" until I realize that I don't just want "more of the same". Yet it's the kind of game where it's dangerous to mess with conventions.

I wonder what would happen if they made a Metroidvania Metal Slug. Maybe at least something with a persistent, explorable world.

I welcome a reboot. Although I often felt SNK should have left the series well alone after Metal Slug 3. Everything else that came out, even MS:XX just lost its golden touch that Metal Slug 1-3 had. I reckon this is why there is no Garou 2 or Last Blade 3 yet.

Have dev Lizard Cube make a faithful product and it should be updated in all the right places. They could totally guide that project

Why does everything need to be rebooted? You don't have to take a series of tightly-designed 30-50 minute arcade games and bloat them up like RPGs or make all sidescrollers 3D or whatever.

I'd be fine with another sequel in the vein of 6 and XX (but with either with the old sound effects or a completely new set because the ones in those games kinda stunk).