Omega Vampire heading to the Switch in Japan in Spring 2019 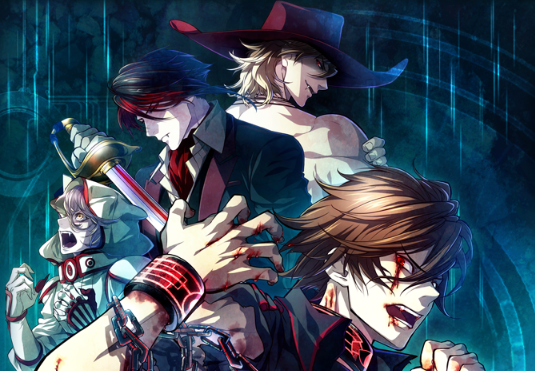 Karin Chatnoir Omega is bringing their visual novel Omega Vampire to the Switch in Japan in Spring 2019, courtesy of publisher Prototype announced. You can get an official synopsis of the game below.

A world in which humans and vampires share a bare minimum coexistence.

The year is 20XX in Yokohama.

The Aoi Research Firm has shone light onto the medical world, developing an artificial source of blood called EX-BLOOD, putting an end to the shortage of blood.

At the same time, the vampires who had hidden themselves in the shadows emerge and declare that they will now coexist with humanity. They gradually began show themselves out in society.

But by nature, vampires prefer human blood. Some of them continued to assault humans. Even as those vampires that wish for a peaceful coexistence with humans try to keep the others in check, “vampire hunts” are also widespread, carried out by some humans due to a drug-like high a human experiences when drinking a vampire’s blood.

Even so, at least on the surface, peace appeared to be maintained…

The protagonist, Moriya Keiichi, sustains life-threatening injuries in an accident. His best friend, Aoi Setsuna, saves his life with a brand new drug which utilizes a vampire’s extraordinary healing capabilities. As a side effect, Keiichi’s attribute ends up transforming from Beta into Omega.

Keiichi’s newly Omega pheromones attract the vampires to him.

One day, Keiichi finds himself saved from a dire attack by an Alpha vampire, Ooizumi Genma.

As someone who hates vampires, Keiichi refuses Genma’s help. However, he himself had become a half-vampire desiring blood…

“Dammit…..just what the hell have I become?!”

Ya had me at Vampires & hot guys! Localize or riot!

I was already interested assuming it was an otome game, but then they tell me it's BL? Sign me the fuck up.

Yooo it's pretty boys fucking each other and they're Vampires? Rushes to nearest pre-order BRING TO AMERICA I DEMAND! I'm quite okay with not having a female Protagonist if this is what I get!