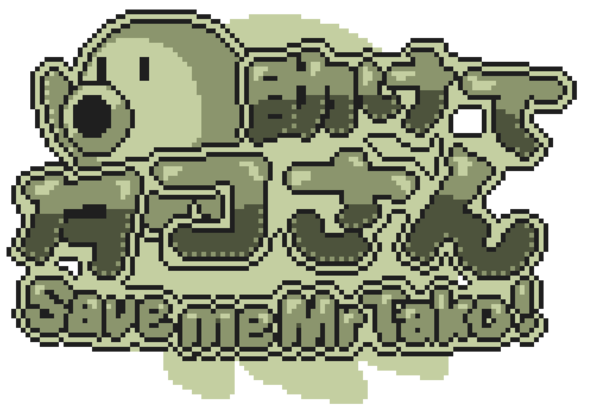 The gang at Nicalis thought that International Octopus Day was the perfect day to announce the release date for Save me Mr Tako!, which is set for launch on Oct. 30th, 2018. I guess great minds think alike, as we decided to share something special about the game on the same day!

We were lucky enough to get the opportunity to interview Save me Mr Tako! developer Christophe Galati, and we picked his brain on a bunch of topics. You can check out the full interview below!

GoNintendo: What made you decide to go with a Game Boy aesthetic?

Christophe Galati: I started the initial work on Save me Mr Tako! back in 2014, around the time of the 25th anniversary of the Game Boy. I grew up playing the Game Boy and always loved this era, in terms of the aesthetics and feelings it evoked. At the time, I was a student in a video game school and was bored at work, so I figured it was the right time to start working on my own game that would be a tribute to the spirit of the Game Boy.

GoNintendo: Does the game just mimic a Game Boy experience, or does it adhere strictly to what the Game Boy was capable of?

Christophe Galati: The game mimics a Game Boy experience, but it respects some of the limitations too. For example, there’s the classic four-color palette, there is no sprite scaling or rotation and the music in the game was made on a tracker. But, the resolution is bigger than the original Game Boy (you can choose between playing in 4:3 or 16:9 aspect ratio), there are more sprites displayed on the screen and the fourth audio channel doesn’t stop when playing sound effects. I chose to modernize some of the aspects in the game so that it would provide an enjoyable experience for new players, not just those who grew up with the Game Boy.

GoNintendo: What is it about the Game Boy that made you want to create a game that looks/plays like a love letter to those classic days?

Christophe Galati: Thanks to my big brother who collects games, I was able to play a lot of Nintendo games and JRPGs as a child, and those experiences became my main inspiration. There was something magical about the Game Boy and that era, especially in games like Zelda: Link’s Awakening and Kirby. During that time, there were so many peculiar things about that system and those games, but somehow everything fit together perfectly. It provided experiences that helped players to use their imaginations as they were immersed into unique worlds. In Save me Mr Tako!, I wanted to use these limitations to create a world and characters that players could identify with. Even with four colors, you can provide fun and unique experiences that still have the ability to make players feel so much. Those graphical limitations also allowed me to enhance my training and skills at pixel art, so I learned a lot from the entire process. 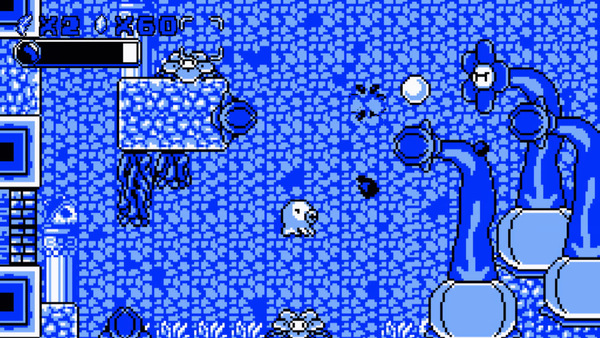 GoNintendo: How long has the game been in development?

Christophe Galati: The game development started back in 2014, so it’s been in progress for four years now. I worked on it in my free time between my studies and work for three years, then left my job in 2017 to become fully independent and to dedicate all of my time to finishing the game. Soon after, I signed with Nicalis and we’ve been working together on the Switch version ever since.

GoNintendo: What has been the hardest part of trying to nail the Game Boy aesthetic?

Christophe Galati: For many designers, pixel art is an aesthetic in itself and the Game Boy look is all about the four-color palette. But, it’s not only about the colors; you can still have an artistic direction with those constraints and make your game stand out and be noticed amongst other games that have the same limitations. I spent months trying to finalize my own art direction, which is reminiscent of the symbols, shapes and animations of the sprite works of this era, but I also wanted the look to feel fresh and new. To achieve the right mood, I also had to try to think like the developers from the Game Boy era in all aspects of the design. I’m not a composer, but I had the opportunity to work with the amazing Marc-Antoine Archier who nailed the audio elements of the game and added to the retro vibe.

GoNintendo: The game looks jam-packed with content. If you were gunning to do/see everything, how long would it take a player to complete?

Christophe Galati: The game has a lot of content, but a big part of it is hidden away as secrets. If you only do the main quest, you won’t find half of the 50 power hats and you’ll probably miss all of the secrets on your first playthrough. When I play the game, it takes me between 10-15 hours to complete it. I don’t really know yet how long it will take for an average player. I’m sure people will find cool ways to speedrun the game, too! 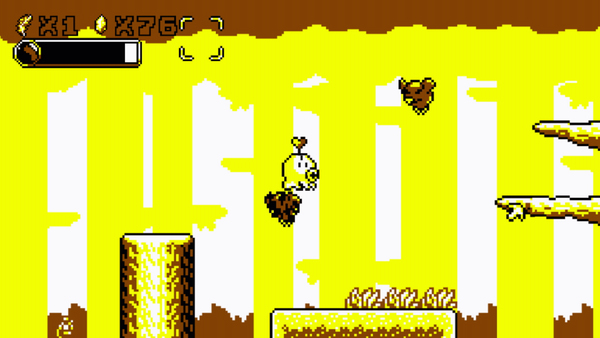 GoNintendo: We know the game takes place in world where humans and octopi are fighting. That's a pretty unique setup! Will we learn more about the reasoning behind this war?

Christophe Galati: Thank you! My goal with the story and characters was to not have a real villain, so players will be able to see the war from both the human and octopus perspective, each side having valid reasons to fight. You play the game as Tako, a friendly octopus who finds himself in the middle of everything and who wants the two sides to live together in peace. He also wants to try to understand the humans and learn what caused the curse of his people, which leads him to the roots of the world and allows him to meet many interesting and helpful characters along his journey.

GoNintendo: How much does story play into the overall experience?

Christophe Galati: I wanted the game to be story driven, so my main goal was to deliver the story in the style of a JRPG, using cutscenes, characters with background and musical themes. If you search for them, you can find hidden flashbacks to learn even more about the backstory in the game. For me, the story is the core component of the game and I hope it will resonate with players.

GoNintendo: What part of the game in particular are you most proud of?

Christophe Galati: I’m extremely proud of the game I made and all of the hard work that was put into it. It’s been a long journey and it made me achieve things that I didn’t think I’d be able to do. Seeing the story come to life bit by bit was very satisfying and a huge highlight for me. I’m also very proud of the endings of each of the acts and how every piece of the puzzle fit together. I can’t wait for players to finally experience it so that I can hear what they think!

GoNintendo: Can we hope for a physical release?

Christophe Galati: There’s always hope! Personally, it would be a dream come true, but it’s not something I can decide myself. If lots of people play and enjoy the digital version after it releases, I suppose anything is possible!

We want to thank Nicalis for putting together this interview with Christophe Galti for us. We're definitely looking forward to Save me Mr Tako!! After this interview, we hope you are too! 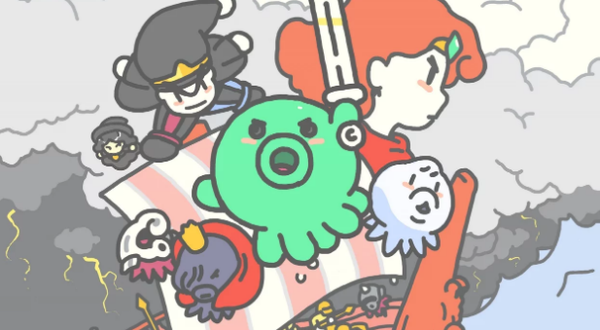 Thank you for the great interview. I have been looking forward to this game since it was first announced. I learned a lot I didn't know. 10 to 15 hours is a much longer game than I was expecting and really makes the price seem more reasonable than I first thought. I also didn't know it had so much story content. I love the gameboy look but I wonder how it will be accepted in 2018. It will kind of make me sad if people are like ''ew 4 colors". I hope the game lives up to my expectation of it and that it really captures the magic and charm of it's inspirations.

Hmm, I hadn’t heard of this game till I saw this interview, but now I’m intrigued!

Boy, been looking out for this game a long time. Switch will be a great home for it

I've waited so long for this game! I have dozens of games I need to make time to get back to, but as a Game Boy kid of the 90s, you can bet your bottom dollar I'm going to drop everything come Oct. 30 and play this!

good interview, thanks for asking about the physical release.