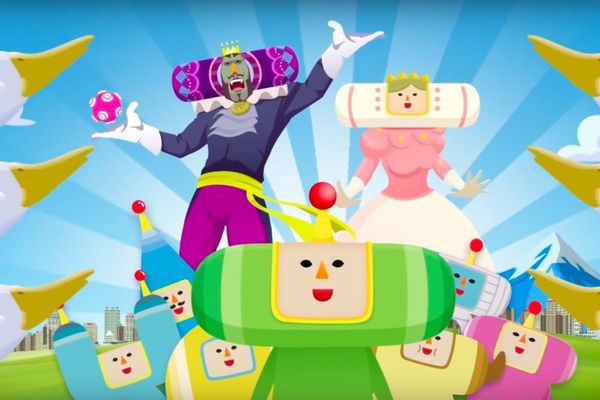 The Katamari Damacy franchise really hasn't been a part of Nintendo's history, with all the mainline entries appearing on mostly Sony hardware. Nintendo fans got one DSiWare game in there, but that was it for Katamari outings. That's all about to change with Katamari Damacy Reroll, which is a remake of the first game for Switch.

Now here's where things get super interesting. Turns out the entire Katamari franchise might not have existed without Nintendo's hardware. In a snippet from the new book 'Katamari Damacy' from Boss Fight Books, we learn that the original game prototype was built using the GameCube!

...the GameCube, was designed from the beginning to be developer-friendly, with new architecture and a more powerful system. “We thought about the developers as our main customers,” said GameCube chip developer ArtX’s Greg Buchner in a 2001 interview with the Gaming Intelligence Agency.

As the GameCube was being developed, Sony was working on the PlayStation 2 (PS2). They released specs for the console, which introduced its new CPU (central processing unit), the “Emotion Engine.”

As with all consoles at the time, the PS2 CPU was designed for a specific task—in this case running 3D games—as opposed to consoles today, which use operating systems and perform a variety of tasks, and must therefore be more flexible in their processing capabilities.

But the PS2 documentation and development libraries were outdated, and Sony didn’t provide a development kit or software tools to make the process of creating games easier for potential developers. Instead the company assumed that the developer would just figure out the new hardware, perhaps hoping that the resulting games would be better for having overcome the struggle. Although it’s since gone down in history as the best-selling console of all time, the PS2 maintained a reputation of being extremely difficult to develop for.

Between Nintendo’s developer-friendly outreach and the released specs for the PS2 indicating it would be a difficult path for even experienced game developers, the choice was clear to the Katamari team: Even though they wanted to release the game on the PS2, they needed to use the GameCube platform to develop the prototype.

“Our engineer didn’t have much expertise, and neither did I, and the schedule was tight,” Takahashi said. “So for these reasons we picked the Nintendo GameCube platform for prototyping. I wanted to use the PS2 controller though.”

How crazy is that?! Katamari Damacy's original prototype was built using the GameCube, and then ended up getting the greenlight, which moved the final game over to PS2. That one decision seemingly set Nintendo fans down a path of going Katamari-less for years and years to come.

I keep hearing that Emotion Engine was a mess, I want to know more as to why!

It was made for Nintendo, probably a mess for Third parties but Capcom, moreso Clover found great success with it.

Do you mean Sony? I get that part, XD, Im more asking about what was specifically so difficult from a programming perspective. Was it solely a lack of documentation or was it a bit closer to a Cell situation?

Well that's just a kick in the nards. Why didn't they also release it on the Gamecube, if so much of the work was done? Did Sony pay for an exclusive?

Seems like the creator was a massive Sony Fanboy constantly shitting on Nintendo.

He had barely played games before he joined Sony, he wasn't and isn't a "fanboy". Just being critical of a company doesn't make one a "fanboy" of another. PS2 was a far, far more visible platform if you had a niche risky title, far larger install base means far less risk, and also, that game would have played horribly with the small c stick, it needs a larger right analog stick.

That's a huge shame. The Katamari series is one of my favorites ever, and now knowing that it could have been a Nintendo mainstay all these years really does suck. But now that the first game is coming to Switch this could be a whole new era for the series!