Warriors Orochi 4 producer considered including a Nintendo character in the game, sees potential in Xenoblade Warriors 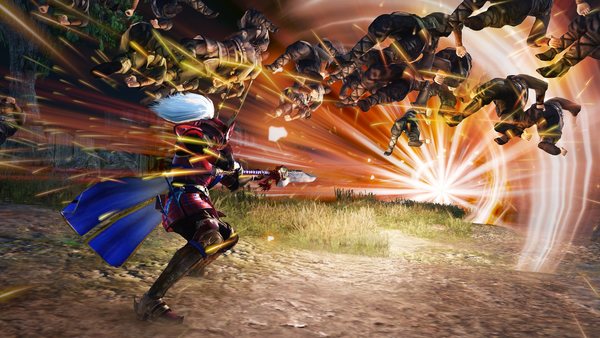 Warriors Orochi 4 recently released, and it brings another insane amount of characters and enemies with it. Turns out at one point, the dev team for the game was actually considering including a Nintendo-related character on the roster side of things. This detail comes from a Miketendo64 interview with Warriors Orochi 4 producer Masaki Furusawa...

Miketendo64: Although Nintendo are not involved with Warriors Orochi 4, given the impressive line-up of Samurai Warriors and Dynasty Warriors characters, did you ever consider asking Nintendo if a character or two from Hyrule and Fire Emblem Warriors could be included?

Masaki Furusawa: Yes, we thought about it. However, as we focused on delving deeply into the DW and SW cast, including an “incomplete” cast of these other games would be disrespectful towards the fans, so we decided not to do so.

Mr. Furusawa was also asked about the potential for other Nintendo-related franchises getting the 'Warriors' treatment like Zelda and Fire Emblem did. When the Xenoblade series was brought up, Furusawa believed it to be a good fit.

Again, as a personal opinion, I think that there would be potential for the “Ys” and “Xeno” series to be adapted, because, just as you mentioned, they feature characters having a strong impact, and would therefore, meld well with the Warriors series.

Is every Nintendo franchise gonna get a Warriors spin-off now? I've said it before and I'll say it again...where is my Donkey Kong Warriors?

Xenoblade doesn't seem like the franchise to have a Warriors game (though if they added the other Xeno games, it could be something huge), but i'll gladly take Ys Warriors for the godlike music alone, holy shit that's a dream game along with Theatrhythm Ys

With the three xenoblade games they'd probably be able to make almost every wanted character playable.

Unless they make blades themselves playable... lots of options there...