Junichi Masuda believes Pokemon: Let's Go Pikachu/Eevee will be the last main Pokemon game he is the director for 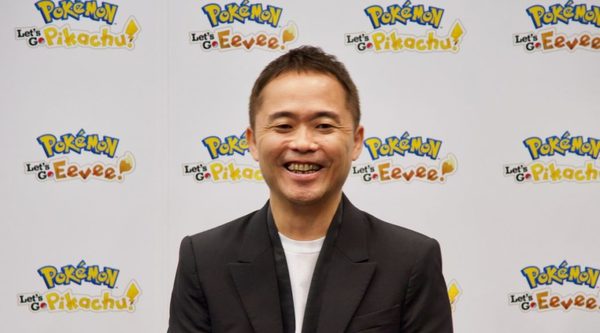 Pokemon.com: It’s been five years since you last served as director—on Pokémon X and Pokémon Y. Why were these the right games for you to return to that role?

Masuda: I was the one who worked on the base game concept document for Pokémon GO, and even in that original concept, I had the idea of introducing new Pokémon through the mobile game. I wanted to realize that goal by creating games that could connect with Pokémon GO and feel somewhat similar to it without feeling like we were copying it. Given my involvement in Pokémon GO’s development, I felt that I was probably the best person to direct these games.

It was also interesting to work with Nintendo Switch. There’s a lot of technology packed into the hardware that we were all trying to discover at GAME FREAK. For example, developing the Poké Ball Plus and working with Bluetooth to facilitate the connection with Pokémon GO were both very interesting things that I had a chance to work on as the director this time.

But at the same time, it’s important to have the younger generation at GAME FREAK take over the development of Pokémon as a series. I do believe this will probably be, in terms of the main Pokémon RPGs, the last time that I work as the director.

Finally, but will this end the dark ages of Pokemon? Even though non Masuda games tend to be better than Masuda games there are more than likely other factors that keep Pokemon in such a state.

He’s been either Director, Producer or both (sometimes also designer or composer) on every mainline game since Ruby/Sapphire. So it’s been a long dark time for you and the only good Pokemon games have been RBY and GSC.

A very long dark age, but as I said I'm not sure he's wholly to blame, Pokemon 2019 could still be a major disappointment.

While some might see this as a bad thing. I feel like Masuda's vision of what Pokemon should be is holding back the series in many ways.

He didn't feel the need to put the Battle Frontier in ORAS because it must frustrate too many players, or he feels that the games should be smaller because "people have many other games to play" or "smart phone gaming shows ...."

Although I still enjoy the recent Pokemon games, I definitely agree with your statement. I feel like the best way to keep these long running franchises from becoming irrelevant is by letting younger staff members take the wheel and bring their own creative twist to it.

Very true. Even though Zelda and Mario have had the same persons at their helm, they’ve allowed newer influence from younger devs.

Ruby and Sapphire will always be one of my favourite gens, and it's cool that the series has been handled this long by one of the few people who was there from the beginning, and he moved from composing to directing.

That said, yeah, hopefully they go in some new directions moving forward.

I'm seeing a lot of people I agree with. I don't know who is responsible for Pokemon feeling stagnant and repetitive... it may not be Masuda. But the idea of bringing some new blood in is sort of encouraging. Maybe Pokemon will get some new ideas along with it.

Seemed in gen 7 like he got to focus a bit more pon the music, stepping down to focus more on that could be a decent thing.

Woah..what's with the praise that he is stepping down as director? As far as I am aware of, the Pokemon games have been top notch except the fifth gen due to the monster designs.

ORAS was notorious for not being of the high quality of a remake as HGSS as instead of adding as much new stuff as they can to make the game memorable, they removed content instead (including a bunch of stuff from emerald) and lazily copied and pasted the Battle Maison from XY instead of the Battle Tower from RS. They didn't even give Frontier fans a bone, and that's not even counting how insultingly easy the game is compared to the original, EXP Share on or no. It was honestly the first game I was excited for which made me feel dead inside after 100%ing.

Sun and Moon were pretty good on the other hand, and him not being as involved might have had something to do with it. The only major problems is that it's not fun to replay due to no cutscene skip, and they removed the national dex for zero reason which thus causes content to be lost. Outside of parts of XY, ORAS and USUM (the latter for being deja vu of SM with nothing improved that needed it) Pokemon has had a decent track record, but most of the downs have been in recent years, hence why folks wanted new blood or at least the team that gave us the killer BW2

Still no reason to bash him for that. Even if someone took over, he or she would still be the one responsible if the same decision was made.

I mean the director of Super Mario Odyssey did not give us a playable Luigi and yet, the game is still great for what it is.