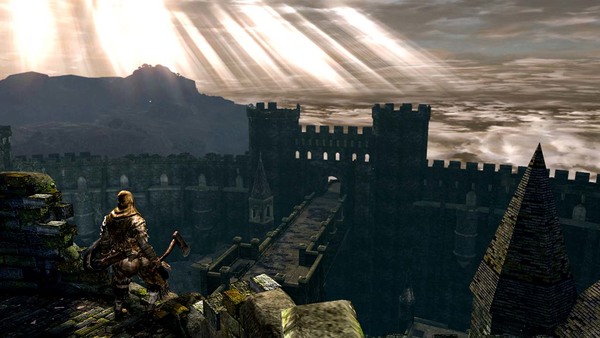 Virtuos was the team behind the Switch port of Dark Souls Remastered, and they managed to do a fantastic job with the port. In an interview with Nintendo Life, the team discusses what it was like bringing the game over.

To be honest, we thought it would be more difficult than it actually was. Regarding hardware-specific challenges, we had great support from Nintendo when we were solving technical issues and things like performance improvement. Personally, I found developing for Switch really comfortable and straightforward.

Virtuos has handled multiple Switch titles now, quickly becoming another go-to company for publishers looking to bring their titles to Switch. Later in the interview, we learn that Virtuos has some other Switch titles in the pipeline as well.

For obvious reasons, we cannot say what exactly we're working on, but we will definitely have some exciting high-profile Switch games coming out very soon. By porting Dark Souls we have proven that we can take on any Switch project, so we are confident we will get more projects in the future. As you might have seen in the last few weeks, we’ve also worked on Ubisoft’s Starlink: Battle for Atlas, which has received critical acclaim.

Yes! Is there a chance Bloodborne makes it? Or is it impossible either tech wise or exclusive wise?

damn....thanks for the help though!

Mass Effect 1 was a Microsoft published exclusive once and that ended up on PS3. So there is a chance.

Only if Nintendo buys the ip and the people who make it.

I wish that was the case but Sony basically owns the Bloodborne IP so the chances of it showing up on a different platform is basically never going to happen.

"To be honest, we thought it would be more difficult than it actually was. Regarding hardware-specific challenges, we had great support from Nintendo when we were solving technical issues and things like performance improvement."

You guys didn't even bother to make it freaking 60FPS like the other Remastered versions and made it feel like yet another version of the original game instead. You clearly didn't have much difficulty ignoring the whole point of the remaster. Add to the clunkiness that comes from the framerate and the stupid confirm swap, and the Network Test was some of the most unpleasant moments of gaming on my Switch. The bit I did play though made me itching for Ninja Gaiden or a faster paced version of it (or simply a game in the series that runs smoother and doesn't drop so much) so at least it got me aware on why people like those games

The Dark Souls version for Switch targets the portability and has a pause "feature". And while 60fps is more responsive the game was originally made with 30fps in mind, so it's not like the game is broken on Switch.

I think I'll relate witht he frustration if this game had appeared on a previous Nintendo console.

P.S. On the other hand if there were a Dead Space Remaster it'll be frustrating if it looked exactly like how it looked in the 360 and PS3.

The thing is, this is supposed to be the "Remastered Version". It's not supposed to be advertised as yet another port of Prepare to Die with all DLC included. Thus, it should have had all the new textures and 60FPS, at least as an option or for docked mode.

Don't even get me started on that delay, which I hoped was for 60FPS but no, it still ran like ass on the Network test and for a newcomer like me it felt very off during the times it would just stop and dip or chug out of the blue.

But the original didn't run at 30fps.. so if this runs good at an almost locked 30fps would it not be considered to be remastered?

If it's not using the things that make the other version earn the Remastered title through advertising, then no. It's a weird mishmash of things that make little sense and I can't believe they even went as far as to make an amiibo for this damn thing.

The Switch version has a much better frame rate than the original game on 360/PS3 and a better resolution.

This alone is enough to be called "Remaster" because it's an improvement.

That's a good port, no matter how you spin it, and I can't wait for their next ports!

Can't comment on the online experience. But From games usually, very often, aren't very optimized games. I don't know the technicalities but it seems they usually don't optimize the things they release. Not saying is OK but that there's a precedent.

What do they mean it is easier than they thought? Didn’t they delay the game twice?

What they mean is that reaching a solid 30FPS + 720p handheld / 1080p docked wouldn't be easy but in the end they realized the console is more powerful and capable than they originally thought.

I'd like to imagine that the delay was more for Nintendo Online than anything else. At various times, Bandai Namco kept talking about testing the Switch server for online performance apart from the other versions. They even spoke about testing it slightly prior to release.

All I can say is thank you Virtous for bringing Dark Souls to Switch. You didn't have to but you did and for that I'm thankful.