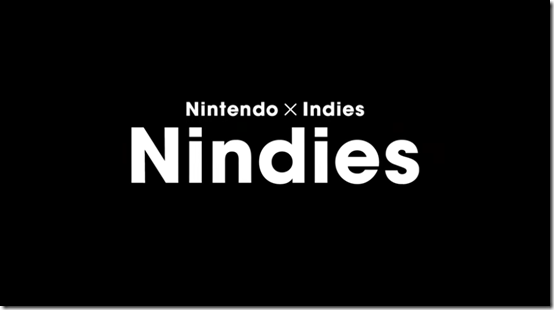 Pretty much since day one of the Switch, indie developers have been sharing their success stories. Switch owners are more than happy to check out what indie devs have to offer, and are flocking to those titles left and right. At a PAX AUS 2018 panel, another round of indie devs shared their positive experiences on Switch so far. You'll find comments below from Ash Ringrose at SMG Studio, Henrik Pettersson from The Voxel Agents, League of Geeks’ Matthew Rowland, and Harmonious Games’ Joe Park.

“Because it was a new platform, we’ve actually been sharing our sales data with a lot of other indies, and by doing that, we kind of have been graphing that anonymously so that not everybody’s data gets out there. We could see we had great success. I think we said we sold more on Switch in three days than we sold on all the other platforms combined over like six months. Just from the response from that. So we came in July last year, so that was just after release. But we’ve been sharing the data and it’s kind of interesting to see who’s been doing well, who hasn’t, and that kind of comparison. And there has been a lot of positive talk and has been doing for well. Maybe for us we’ve sold ten times as many copies on Switch than we have on each platform. We’ve got like a long tail, or a thicker tail. So we sell more per day on Switch than we’d sell on Steam in a week and still after like 400 days of being out. So for us, those numbers really help kind of help long term revenue for us. But I would say compared to other platforms, we sold really badly on the other platforms, so it did well on Switch.

We’ve had other people who have done really well on iOS and haven’t done as well. It does depend on the game. It’s not just put it on Switch and you’ve got an instant hit. I think the audience now still wants a good game. I think for us we got in quite early, we were quite lucky. But even the sales now we’re quite happy with, so it’s quite a healthy platform if you’re quite noisy about your game as well.”

“I think for The Gardens Between, we saw the same thing – at least in terms of initial sales. The Gardens Between was released four weeks ago, it was released four weeks ago on Steam, PlayStation, and on the Switch. I think 60% of our sales have been on Switch so far, which is tremendous. I think I attribute that a bit to Nintendo’s help in terms of promoting the game and also that this new platform that people are really engaging in. I imagine that Steam sales are going to balance that a bit more, particularly with sales and things like that in the future. You have such a large audience there, but I’m also surprised by how well it’s been going on Switch.”

“With Armello we’ve got a bit of a different situation where we’ve been out for so long on many of our other platforms we don’t really have comparable data on the Switch yet. We’ve only been out for about I guess four weeks now on Switch. But certainly the audience for the Switch for Armello seems more amenable to that kind of game than PlayStation or Xbox as just like a benefit there tonally there I think whereas Steam we’re comparing against like three years of sales, so it’s a bit hard to compare directly there, but certainly the uptake has been really good and we’ll have to see how the tail goes and how the multiplayer community sort of continues to maintain itself over the longer term.”

“With Putty Pals, we’re kind of in a similar boat to Ash of SMG where we’ve only been out for about eight months on PC, and then when we shipped on Switch, on the first day, it outsold the previous eight months on PC. I think that’s also because our game was a local co-op game as well, which don’t do well on PC, which we kind of found out the hard way. And yeah, it’s the same sort of thing. I think it’s like eight times as many units on Switch as PC despite all of the sales. Yeah, financially Switch has been much more beneficial for us than PC has.”