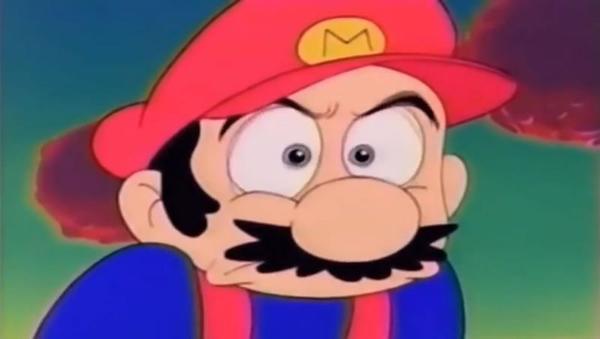 Amazon killed off their 20% off preorder discount on games awhile back, and it made some major waves with consumers. Many were upset to see the discount go, and wondered why it was yanked. Now we're hearing that Nintendo may have been a major factor in the decision.

As you well know, Nintendo and Amazon have had quite a tumultuous relationship, and those flames may have only been fanned by Amazon's preorder discount. Nintendo was supposedly so against the idea that they yanked their software lineup from the retailer, and didn't give them stock until 2 weeks after launch. Nintendo let Amazon know they weren't okay with the 20% discount, and showed them as much by withholding stock. It was this move by Nintendo that inspired other publishers, who ended up putting the pressure on Amazon as well.

Obviously Nintendo nor Amazon is going to comment on this matter, so we'll just have to take the inside information for now.

Thanks to Dondom95 for the heads up!
Source: Link
Rating: -8

I thought it was due to BestBuy removing their GCU program or did Nintendo also do the same for BestBuy?

No, really. Ho yourself out for capitalism.

Wouldn't be surprised in the slightest.

I thought it was due to BestBuy removing their GCU program or did Nintendo also do the same for BestBuy?

I also thought it was due to BB's GCU program. I assumed BB ended the program because they were losing too much money off of it. 20% off all games for only $30 every two years really adds up.

Best Buy always had plenty of stock, so it didn't look like Nintendo was punishing them for their program. Only thing I can think of is that there were talks behind the scenes? But that's still harder to believe than Best Buy just getting sick of losing money.

I'm almost sure this is the case. The GCU program for best buy was an effort to get people into their stores and get to shopping with Best Buy as they were not in a great a place as they are now. Amazon countered the Best Buy GCU program so they would not lose out in preorders as well. Of course Amazon sells ALOT more things, so they probably took a larger hit overall.

Ew RMC why are you using Michael Pachter as a source of information. That's like using a toilet for drinking water.

Any rumor from Pachter is garbage. It's entirely cause Best Buy ended its gamer club, happened around the same time. AmZon ended the discount for all games, not just Nintendo. Pachter just farts out his mouth.

Pachter = inmeadiately debunked for me

That wouldn't surprise me as they value their games more than anyone. That is probably the reason Best Buy stopped theirs. At the same time, I would think both companies could have kept it and started doing exclusions much like Kohl's had done over time.

I don’t get it. Amazon is just another retailer. They BUY the wholesale product from Nintendo and the sell it for (normally) the RRP no? If they sell a game at a discount, they’re eating into Amazon profits and Nintendo still gets paid the same - or am I misunderstand?

Either way I have no sympathy for Amazon. They’ve also just struck a deal to sell Apple products direct from Apple and will be axing all third party sellers and refurbished sellers of Apple products.

Exactly, I would think Amazon eats it and wouldn't affect Nintendo at all.

On second thought, Nintendo is serious about keeping the general perceived value of games (at least there's) as high as possible.

Remember when Pachter said the Wii U would sell 30-50 Million?

Pachter is only good at being wrong. Why is he even still a thing?

I thought it had something to do with Sony because nobody could preorder first party PS4 titles for quite awhile until Amazon cancelled the promotion.

nah I don't buy it, not saying it's impossible just think it's very unlikely sounds like conspiracy nonsense.

I wouldnt put it past them honestly. Nintendo rarely drops their game prices, most 1st party games remain full price for YEARS after release, Target isnt allowed to include Nintendo titles in their B2G1 free sale anymore, When Toysrus went out of business Nintendo wouldnt allow any of their products to be marked down, hell Nintendo has released all of their Wii U ports for full price where as most companies release their ports/remasters at budget price. Nintendo is pretty greedy.

I bought plenty of Nintendo games for 20% off from Amazon.

Having Pachter's name attached to this story isn't a great start. But there have been multiple rumours of a rift between Nintendo and Amazon. It could well be true. Amazon are a huge company and very often had the best prices of Nintendo games. They were my go-to site more often than not. I haven't been buying much lately but it seems like their prices aren't as cheap anymore. Amazon being so big and buy product in massive quantities, maybe they were getting a cheaper rate than smaller retailers and were passing on the saving. But at the same time taking away business from other retailers. Perhaps, Nintendo were pestered by these retailers to do something about it. It's all just speculation, with some on my part.

But I'd be very careful if I were Nintendo. Like take amiibo for example, here in Europe, Amazon are one of the few places still selling amiibo and selling the new stock. And it's not just that, people use Amazon for a whole host of reasons, be it confined to home, living rurally, item not available in their country, convenience, etc. Nintendo need Amazon infinitely more than Amazon need Nintendo.

I don't buy it. All of my first party Nintendo purchases were done through Amazon for the longest time, all accruing that sweet sweet 20% off and being on my doorstep day one including the new Smash (unless I do decide to go for digital and take 10% in Nintendo funbux over 20% discount, which I totally might).

It's honestly probably due to monetary loss on it. 20% is a huge discount and they probably weren't expecting so many people to take frequent advantage of it.

Plus if it was publisher pressure they wouldn't still be offering a $10 gift card for pre-ordering most major titles including the new Smash. Gift card over discount means you still have to spend money on Amazon, meaning money goes in -and stays in- their ecosystem.

THAT SAID. I can totally believe Sony had a hand in it if there was publisher pouting, the way they've been acting lately. That, and their games hardly ever keep value. Spending less on them at launch has to hurt someone, somewhere.

It happened very soon after Best Buy decided to get rid of GCU. I don't think it has anything to do with Nintendo.

Plus I'm not sure if I completely understand, so someone please correct me if I'm wrong, but wouldn't it only be Amazon/Best Buy taking the loss for the games sold at a 20% discount? They would still buy them from Nintendo at full cost wouldn't they?

The issue is that Nintendo partners with other retailers. They're always doing events with Best Buy, they're always distributing Pokemon codes via GameStop, etc... If you get twenty percent off at Amazon and it's delivered to your house on the day of release, you're a lot less likely to go to GameStop, which is a problem for them because their current initiative is a focus on merchandise. Basically, retail partners complain to Nintendo, Nintendo puts pressure on Amazon.

Ah that's right. I had forgotten about that little bit.

This may hold just a little more weight then... oh Gamestop...

In short, good. Amazon doesn't deserve any more money. From anyone, really.

Why would Nintendo do this?

The source is Patcher, which means there is likely no validity to this statement what so ever.

Yeah no, that's a bunch of bull. Nintendo gave them plenty of stock for a ton of things way before the 20% went away. Meanwhile, Sony had all 1st Party Games taken off of pre-order if not outright not even available to pre-order physically as well as certain systems like the previous milestone PS4 for awhile and EA and 2K had games only available digitally and none physically which all magically appeared again shortly after the cancellation date. Meanwhile I was still able to pre-order any Nintendo game on the site including Bayonetta 3 and MP4 with the discount and they had plenty in stock for consoles.

all ya'll who pre-order are the effing problem