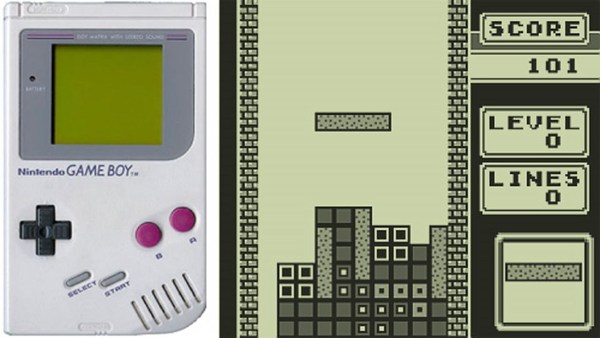 Henk Rogers is the man responsible for first bringing Tetris to traditional gaming platforms. This includes the Game Boy version, which became synonymous with the Game Boy itself. In a recent interview with IGN, Henk talked about the discussion to make that pack-in happen.

"I said, ‘Mr Arakawa (former Nintendo of America president ), you need to include Tetris with every Game Boy’. And he said, ‘Why should I include Tetris when I have Mario?’ And I said, ‘If you want little boys to buy your Game Boy, pack in Mario. But if you want *everyone* to buy your Game Boy, pack in Tetris, because everybody plays Tetris – young, old and male, female. And then you can still sell Mario afterwards and make more money!’"

Very smart. And the rest is history!

I believe the technical limitations of the GB's screen also had a part in it. Mario on the GB was a blurry mess because of the scrolling backgrounds and tiny, fast moving Mario sprite.

Tetris, on the other hand, had a mostly static screen so the action was crisp and clear. It was less of a risk (and a very good game on its own merits).

I wonder why Nintendo didn't bundle tetris for switch as a free game?

Because you can buy Tetris anywhere now. In 1989 Nintendo had console exclusivity. And it was still a new game, now Nintendo has BoTW to sell. Plus SEGA sold a million units so they're pretty happy with their money.