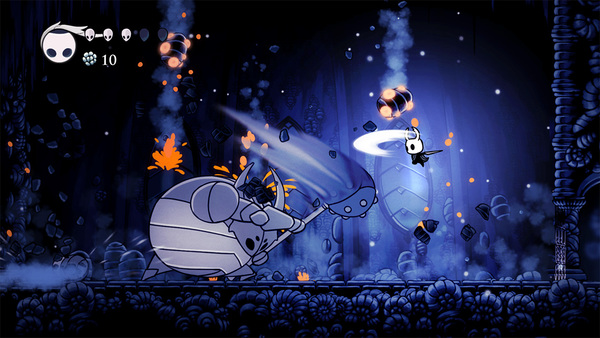 Hollow Knight has seen a ton of success on the Switch, and received big praise in the process. Now there's another reason to applaud the title.

Hollow Knight has become the first indie title to hit the Switch eShop in South America. As we've discussed before, the eShop in South America is handled a bit differently than here in the states, and the content available pales in comparison to what we get. Still, games are being added here and there, and now Hollow Knight is one of them. Up to this point, we've only seen first/traditional third parties on the service. Hopefully this change will open the floodgates for many other indie devs on the South American eShop!

And all the best news for all the cheapos that like to get the game from the cheapest eshop market. Now my own eshop (Mexico) will not be the one with the best sales for Hollow Knight and Stardew Valley.