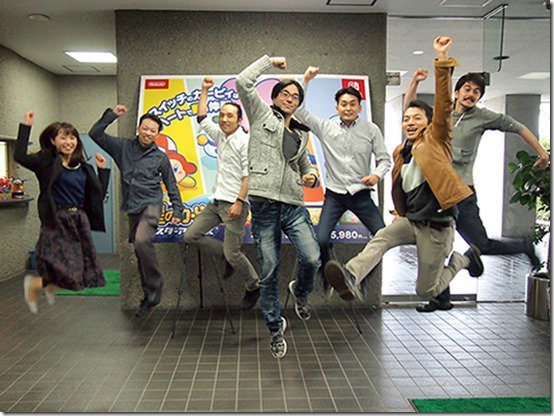 With the Wave 3 DLC released, work has wrapped on Kirby Star Allies. To commemorate the event, HAL has released a special blog post. You can read the full translation below, courtesy of Siliconera.

Bonjam! This is Kumazaki, General Director of the Kirby series.

Beginning with Dream Friends, we continued to add hidden maps, new BGMs, Celebration pictures, and more to the game. When I realized it, I’d already spent nearly a year alongside the staff to develop 28 Copy Abilities, 24 Friend Helpers, and 13 Dream Friends, making this the largest amount of playable characters in series history.

Finally, with the tough but satisfying new mode, ‘Heroes in Another Dimension’, the game world has further expanded.

As for the content in the mode… Let’s put that aside. Please have fun playing it for yourself!

This time, the timing of the free update and the announcements were planned out by Nintendo. They also worked closely with our development team, bringing a new style of development for HAL Labs. The members working on the game really wanted to announce things regarding the update, but had to keep working on it until the best timing to announce it, and we’ve finally reached the release date.

For a game like this which already had a lot of work put into it, it was a matter of how much we could add in the limited amount of man-hours we had. We were tweaking things down to the very end. That said, if there’s even one user who enjoys our work… We imagined players engrossed with our game, and were able to take on this challenge thanks to this.

During a holiday, several neighborhood kids were gathered at one of the development staff member’s house, and enjoying the game excitedly. Their look as they played, even when they were having trouble or dying, made me think to work even harder and take on the challenge of developing free updates. It was a completely new feeling I’d never felt before.

Even outside, I met kids who talked about Kirby and how Dark Meta Knight is cool, or Marx is strong, with disregard as to whether they were from old or new Kirby games. The fact that even small kids loved the series like this left a big impression on me. It’s true that a game selling tens of thousands of copies is an amazing thing, but something like this is a lot more touching.

In this world, there are lots of types of entertainment, and a lot of them are fun as well.

The Kirby series we make are just but one of the many pieces of entertainment in this world. The entire staff is thankful for everyone who chose Kirby: Star Allies out of all these sorts of entertainment, and we hammered our feelings into this latest update.

In order to bring the Kirby series to its next phase, we created a game that celebrates the 25 years of history that brought us to this point, and further continued development for another year. It was tough, but as I said, we were fired up with hopes that at least one person would enjoy our work, and the result of that is a Kirby project that is worthy of its celebratory nature, and a game that is very like HAL Labs.

We wanted this project to be a place where our members could spread their wings in a new environment, and aimed to make the development as fun for the development team as much as the players. That said, we worked very seriously on it, so it wasn’t all fun and games.

I think you can feel how we feel we’ve done all we want to with this game from our picture above. Even the staff who usually seriously compete with each other are enjoying this special day.

If you continue to enjoy Kirby: Star Allies, which we’ve worked together on and finally completed… we’d be very happy!

But seriously, oh man, it was tough.

Now then, I hope we’ll see you again sometime, somewhere.

I know a lot of people feel the base game was a little lackluster, but I personally think HAL has downright spoiled us with all these nifty DLC updates. I really hope they recognize and take joy in how much people appreciate their hard work and the game they created.

I know a lot of people feel the base game was a little lackluster, but I personally think HAL has downright spoiled us with all these nifty DLC updates. I really hope they recognize and take joy in how much people appreciate their hard work and the game they created.

Totally. This game has been such a joy to play through with my oldest child.

They should have added more levels for the DLC instead of this. Sure, the updates are pleasing but they don't add more content to the game.

This game badly needs a price drop to determine its worth.

I am happy with the price. I've had such a wonderful time playing through with my oldest son, who is determined to find all the secrets before we go to the next level. He's such a good boy. We've had a blast with this Kirby game. It's perfect for the way we like to play it.

The game is seriously lacking in content. You get like what 40 levels, few mini games and a boss arena. Nothing else.

The game is more enjoyable in it being multiplayer and for that I agree that its good on that aspect.

Its way too much for what it has as of now. Even the updates aren't really doing much.

Well maybe you want it to be huge but it's fun to play through with my son and I'm grateful there's a game offering this perfect amount of challenge for a playthrough with my little one. I agree it's not Breath of the Wild in terms of scope, but that makes it easier to play with my little guy. I get why it's not doing it for you, but those reasons are what make it better for my purposes. Not sure I'd get as much out of it on my own, but I wouldn't trade what I have gotten out of it in terms of fun family times for anything.