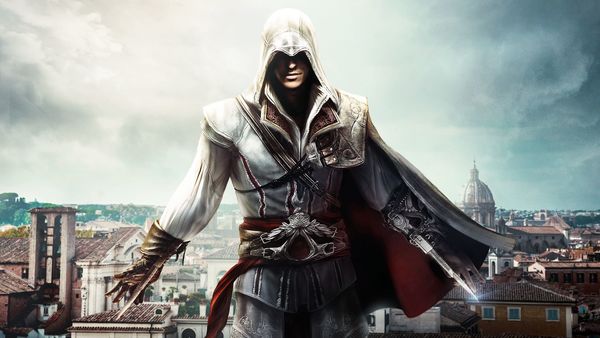 The listing says the collection is due out March 29th, 2019, but doesn't state what games would be included in the package. We'll keep an eye out for other retailers that also make mention of this collection, but for now, take this with a grain of salt.

Thanks to Timulion for the heads up!
Submitted by: timulion
Source: Link
Rating: 4

Please let this be the Ezio collection!

please no, that would be the cheapest route they could go. Besides the ac games before 3 have aged gameplay wise.

I just hope it includes Assassins creed rogue, its basically black flag 2 but was massively overlooked bc it launched simultaneously with ac unity.

It's about time. If it's got II, Brotherhood, Black Flag, or any combination of those I'll buy it in a heartbeat. Let's hope other logical collections follow this up, like Bioshock and Batman: Arkham. No reason not to have those on Switch.

Something tells me the Switch owners will have to download some of those games.

With similar incidents occurring lately (like Conan O'Brien teasing a video of his visit at Kojima's studio for a release in the near future), I really believe and hope there'll be a lot of announcements at The Game Awards.

It's likely to be the games that were on Wii U and possibly those lesser games like Unity and Rogue.

What's to bet if there's a physical release it'll be one game on cart (complete on cart only if if we're VERY lucky) and a whole load of eShop codes.

I wouldn’t say no to the Ezio collection.