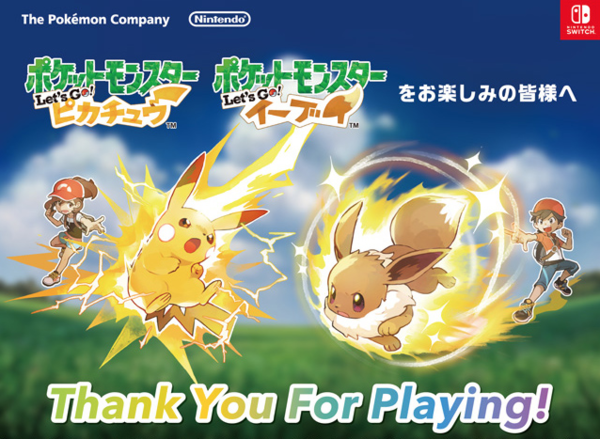 Nintendo and The Pokemon Company are sending out emails to Pokemon: Let's Go players in Japan to thank them for playing. The message included with the email comes from director Junichi Masuda. Here's what Masuda has to say in his note to fans.

I don't resent this game like some people do, but I will say that I'm glad it's released and behind us so that we can now focus on getting excited for the REAL next steps in this franchise.

I would like say a big thank you back to Junichi Masuda for what has been my most enjoyable Pokemon playthrough in years. Hopefully the next game blends the best of Lets Go and the traditional series.