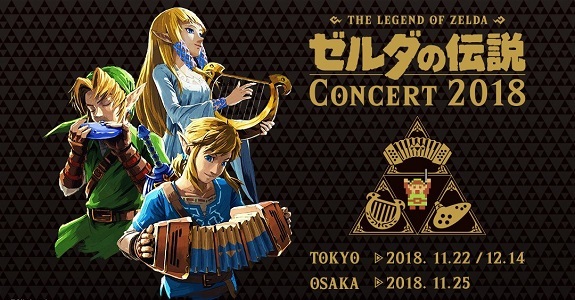 Nintendo has been running a Legend of Zelda 2018 Concert series in Japan, with more events set to take place before the year closes out. While most of us haven't been able to attend these events, there's some good news. Nippon Columbia will be releasing an album version of this concert series in Japan. The album is due out March 6th, 2019, and the following details were shared.