One out of every five consoles sold in the U.S. this year was a retro gaming device, and Nintendo reigns supreme 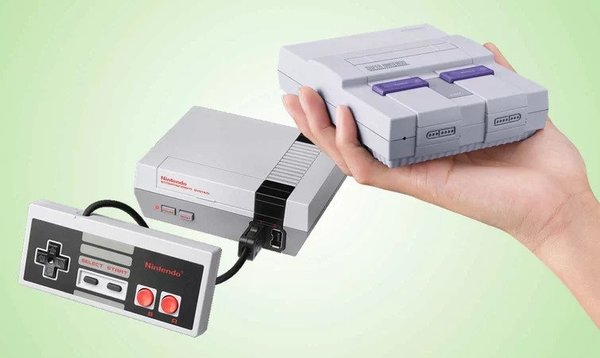 Nintendo really set of a wave of nostalgia-fueled gaming with the release of their NES Classic, which then paved the wave for the SNES Classic. According to NPD's Mat Piscatella, one out of every five consoles sold in the U.S. this year was a retro gaming device. Furthermore, Nintendo saw the lion's share of those sales.

In an interview with the NY Times, Reggie Fils-Aime explains why he thinks these classic platforms are such a hit with fans.

“People remember the colors and shape of the console and the feel of the controllers from their childhood, and they have a visceral reaction when they first fire up their favorite NES or Super NES games.”

Thanks to Dondom95 for the heads up!
Source: Link, Link
Rating: 3

Nostalgia sells and the 8-16 bit generation ages well. It was a great move by Nintendo. The technology was there to make an incredibly cheap (profitable) product using essentially a $20 raspberry pi

Nostalgia indeed sells. I honestly prefered the lineup of the NES Classic. The SNES Classic should have at least 25 games. Pilotwings, Super Tennis and Stunt Race FX were no brainer in my opinion and were not included (Super Mario All Stars and the complete DKC trilogy I was not expecting, but would have been Nice surprising). Overall Nintendo did an excellent job with the retro consoles and hope others come our way