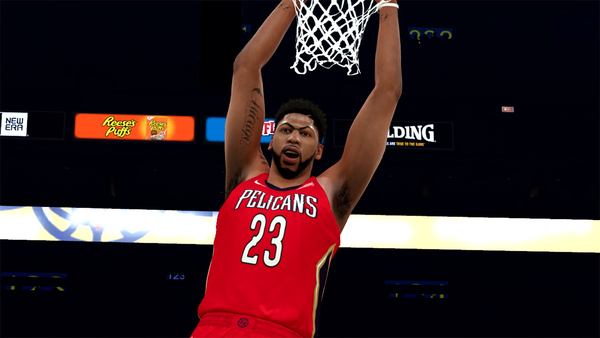 The 7th patch for NBA 2K19 is now available. You can get full patch notes on the update below.

- The latest uniform and shoe updates will now automatically update in your MyCAREER/MyLEAGUE/MyGM saves.
- Updated action photos for players who did not have one / had one from their previous team.
- A number of players have received new Face/Hair/Tattoo updates. Check out LeBron’s brand new face scan!

- Reduced the frequency of shooters falling to the floor when shooting shots in traffic.
- Fixed an issue that was causing illegal screens to be called in inappropriate circumstances.

- Setting your MyCOURT to ‘by permission only’ will now allow others in once proper permission has been granted.
- Users who reach the highest level shoe endorsement will no longer need to purchase their custom created On-COURT shoes.

- Entering the MyCOURT on a skateboard/bicycle/etc. will no longer restrict the user from immediately leaving the MyCOURT should they choose to do so.

- Alternate jerseys are now available for use in Pro-Am Team games.

- New support for showing the current Player of the Month card on the MyTEAM Unlimited menu tile.
- Fixed an issue where the color of a card would not upgrade to the next tier in the Lineups menu when the card was paired with its Duo partner.

- The All-Star game should now properly appear on the schedule for the current season when starting a new Start Today mode.
- Users are now able to schedule practices in the first season of a Start Today mode (fixes the case where players would experience declining ratings after the first season).
- Fixed an issue where some users were reporting game disconnects during timeouts of MyLEAGUE Online games.
- Addressed a case where some users reported being unable to play with/against their friends in MyLEAGUE Online.
Many other small bug fixes and adjustments were also made, game-wide.