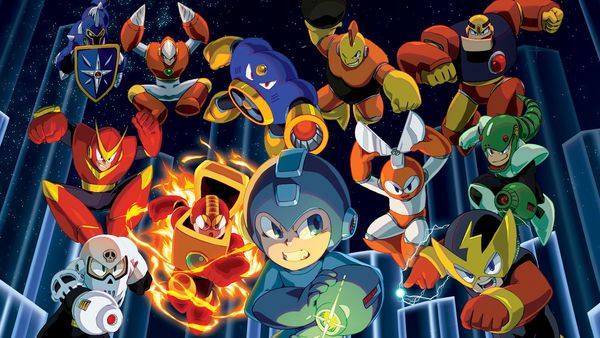 Here's something quite depressing about the Mega Man franchise. It has been 15 years since a Mega Man game has sold 1 million copies. Before today, the last to do so was Mega Man Battle Network 4, all the way back in 2003. The latest Mega Man title to hit 1 million sold it the Mega Man Legacy Collection. There's no doubt the Switch release helped push that total up, and hopefully brought in some new fans. Now if only more people would buy Mega Man 11!

Switch success rubs off on everything.

Makes me question why people had a fit that Mega Man was gone for such a long period of time. The answer was simple ya'll didnt buy any of the games.

Or could be Capcom botched the IP and managed it badly since Inafune got forced out (before he laid the bomb that was Mighty No. 9).

When you have a very wanted Mega Man Legends 3 get canned, when you have Inafune rage quit, when you offer other Mega Man stuff fans don't want, you treat Nintendo fans like a red-headed stepchild, you pretty much have a recipe for destroying mindshare and heavily damage the franchise in the process.

It's going to take a lot of good graces for people to return to Mega Man. Mega Man 11 is a start, but Capcom has to not cheap out by offering Mega Man games that aren't what the fans want. Mega Man Legends 3 for Nintendo Switch would be a nice thing, Capcom, if you want more of your past fans back.

Would have been nice if they actually included all of the games in these collections on the game card as well. Don't cheap out on me when selling a bunch of old games, please. I didn't buy them for that reason.

People didn't want what Capcom was giving: endless piles of Mega Man Battle Network and Star Force games. These all had multiple versions each and were churned out nine months apart from each other. Of course sales were going to die while Capcom spent the better part of ten years pushing away Mega Man's original audience while they hopelessly chased the Pokemon crowd. How Battle Network 4 did so well for itself I'll never know. People wanted Mega Man Legends 3. They wanted Mega Man Universe. They wanted real games that would take effort and time to craft like the old days. In 2011 Capcom cancelled both of those two games and stopped doing anything altogether. They had forgotten how to make Mega Man games that cost them more than a airline bag of peanuts to craft.

Mega Man Legends 3 would have arguably done Star Force levels if it passed the greenlight and launched on the 3DS as planned. MM9/MM10 did well by Capcom's standards, but they still failed to hit a million or anywhere close, so to be fair there really wasn't much of a way for Mega Man to sell well, besides going on hiatus and having a new physical game be worth something instead of being yet another entry in a packed year. Ironically, MMBN4 only was made because people loved 3 so much that the hype thrusters for MMBN4 were at max even though they wanted to break from the series then, yet because of that MMBN4 ended up being the worst in the franchise despite being the best selling, because they focused on a paint by numbers sequel instead of making an interesting story like the other 3 BN games (5 and 6 apparently get back on track but I haven't played those)

Wait, neither Mega Man 9 or 10 sold a million copies?