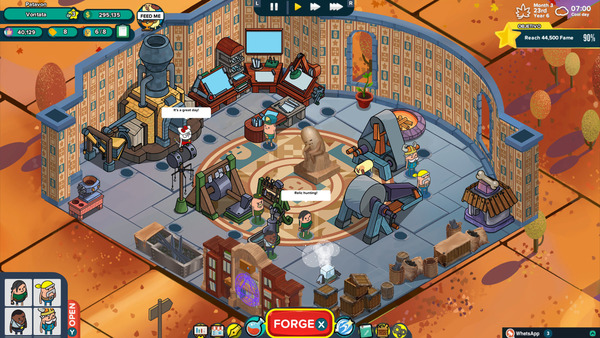 Holy Potatoes! A Weapon Shop?! has gotten a massive update on Switch, bumping it up to Version 1.04. Check out the full patch notes below.

– Dirk getting stale? Delicious new promotional weapons have arrived!
– The analog stick can now be used to navigate menus when the cursor is locked!
– D-pad can now be held down to navigate menus easily
– Your last viewed weapon in the Forge menu is now remembered by the Potato Gods

– Improved the quality of art assets in the User Interface!

– Smiths that are away are now more clearly indicated when Assigning Smiths
– Order of languages when selecting the game language is now consistent
– The first dialogue choice is now not selected by default, giving you time to react
– Camera movements when assigning Smiths are now much smoother
– Increased the camera panning speed
– Increased the cursor speed